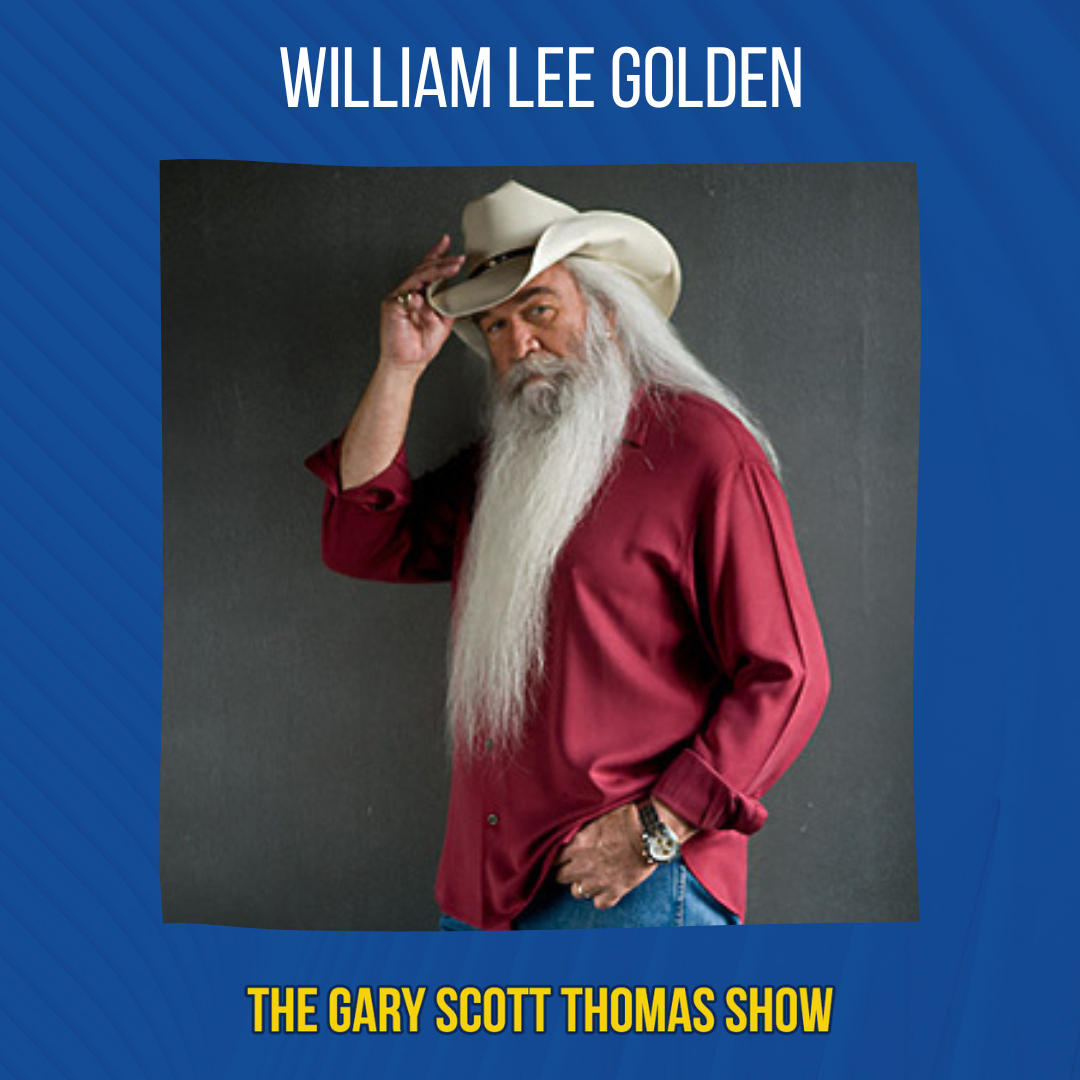 Gary had the distinct honor of having William Lee Golden of the Oak Ridge Boys join him for an open conversation, and William was very frank.

“You know, we were all shut outta church. And so we’ve come together here at our old home and. Got started singing old songs.” ~William Lee Golden

“You can’t go dragging your differences around. You gotta get past all that.” ~William Lee Golden

“I’m into music more than anything.” ~William Lee Golden

“Their [his kids] mothers are the unsung heroes in their lives.” ~William Lee Golden

“I don’t wanna hate nobody. I wanna love everybody.” ~William Lee Golden

“I didn’t come to town and try to join the Oakridge Boys to try and become the star of the show.” ~William Lee Golden

“You can’t pretend to be someone you’re not your entire life.” ~William Lee Golden

“I sing from my heart.” ~William Lee Golden

“I’m who I am, and it didn’t matter.” ~William Lee Golden

He is one of the most recognized personalities in Country and Gospel music, having garnered the highest accolades as a member of the legendary group The Oak Ridge Boys. Now, the renowned “Mountain Man” is climbing to new heights in the world of fine art.

For the first time in a long time, William Lee Golden has a spring in his step. Coming out of a tumultuous period in his life, the iconic baritone vocalist has found the love of his life in his new bride, Simone. He’s also comfortable with his place in the world as part of the Oak Ridge Boys, who are celebrating their 42nd Anniversary together in 2015, while Golden’s celebrating his 50th anniversary since joining the iconic group.

A farmer’s son, Golden spent the early years of his life in rural south Alabama surrounded by music. As he grew up, he started singing at the age of seven and began performing regularly on his grandfather’s weekly radio show along with his sister, Lanette. It was there that his love of harmony came alive, and by his teenage years, Golden grew to appreciate the Country, Gospel, Doo-Wop, and Pop quartets, and sure enough, it wasn’t long before he was joining up with The Oak Ridge Boys.

Nobody back home in Brewton, Alabama, could’ve imagined back then all that Golden would accomplish with The Oak Ridge Boys since joining the band in 1965. While on a break from the quarter, Golden released several solo recordings to considerable success.

But for as much success he has had as a recording artist, Golden’s no one-dimensional act. He’s found considerable success with his paintings, and he’s finding even more success with a new visual medium, photography, where he often focuses on landscape portraits and scenes. Many of his favorite shots can be found on Golden’s official Facebook page.

Family has long held a special meaning to Golden. In addition to his newly found love with his wife, Simone, Golden has four sons in Rusty, Chris, Craig, and Solomon. Golden also has six grandchildren and three great-grandchildren. Along with his marriage to Simone, he also welcomes his step-daughter Megan, her husband Newton, along with the addition of another grandchild to the fold.

With over forty million records sold, The Oaks have had more than a dozen Number One singles and over thirty Top Ten hits. Their numerous Gold and Platinum recordings include “Thank God For Kids,” “Ozark Mountain Jubilee,” and the crowd favorite “Elvira.” The Oaks have received five Grammy Awards, one American Music Award, four Country Music Awards (CMA), four Academy of Country Music Awards (ACM), the 2008 ACM Pioneer Award, ten Dove Awards, the 2010 President’s Honor, induction into The Grand Ole Opry in 2011 as well as the Gospel Music Hall of Fame. In 2015 they were inducted into the Country Music Hall of Fame. The legendary group has received an abundant amount of other national and international acknowledgments.

During his forties, Golden went through profound changes emotionally, spiritually, and physically. “With all the success came a very fast-paced agenda. The mountain man and Indian way of life appealed to me because they brought me back to my childhood, where the simple things in life meant the most. I wanted to stop and see myself as God made me.” William reflects. The once-trend setter let his hair and beard grow to their natural lengths.

William Lee Golden has earned recognition for his individual achievements in both music and art. Over the years, the iconic features of the Singing Painter have been the subject of many sketches, paintings, and sculptures by other world-renowned artists. Golden has received the “Entertainer Of The Year” Award from the Cherokee Indian Association, which is comprised of 21 tribes from across America, as well as the “Lifetime Achievement Award” from the Alabama Music Hall of Fame.