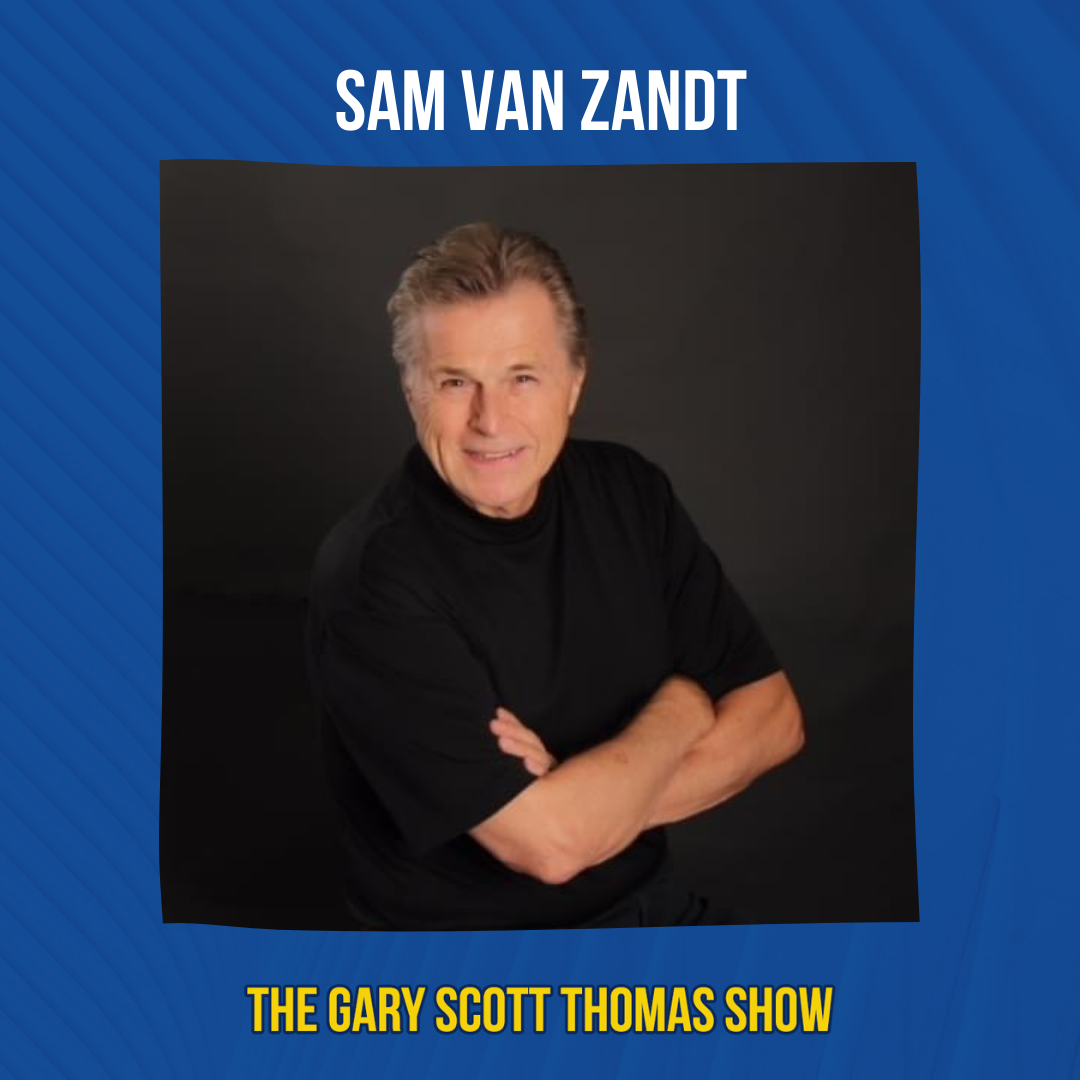 By heather@garyscottthomas.comJune 9, 2021Music
No Comments

“I never got to tell you the story about the time I accidentally grabbed Kenny Rogers’s butt.” – Sam Van Zandt

“I was nervous as could be to interview Chuck Berry, I had heard he punched Keith Richards in the nose.” – Sam Van Zandt

“In country music, I find that people are a lot more open and willing to talk about anything, and they’re just people like us.” – Sam Van Zandt

“He’s been drinking out of a coke cup the whole time and I pick it up and it’s full of whiskey.” – Sam Van Zandt

“I had a cameraman with me and we were allowed to stay for 3 songs and then get the hell out.” – Sam Van Zandt

“I got to spend, pretty much, a day with Peter Frampton.” – Sam Van Zandt

“We did a big debate with Dianne Feinstein on wether gay people should be teachers.” – Sam Van Zandt

Sam Van Zandt was born in San Jose California and grew up listening to local San Jose radio with his mother and father, who loved country music. Sam loved all music, but especially Rock and Roll.

While at Abraham Lincoln high school Sam took a speech class to get over his fear of talking to an audience. It worked! Sam was soon on KSJO in San Jose as the narrator of a high school radio program. Sam graduated at 17 and got his first job at KPER in Gilroy. He worked there while going to San Jose State studying broadcasting.

Sam traveled around pursuing his career including a year in Texas at a small country station, and a year at KDON in Salinas, before being hired in San Francisco. From 1972-2005, he worked at KCBS-FM, KIOI, KYA, KSFO, KGO, KNEW, KBGG (Big98), and KFRC.

In Sacramento, Sam hosted a morning show on KOOL 101, before joining Lissa Kreisler as cohost of KBAY’s “Sam & Lissa in the Morning” program in 2005. Sam retired from the KBAY morning show in 2016 but stayed on running Public Affairs programming until 2018 when new management eliminated it.

Sam is “old school” about radio, so he has overseen Public Affairs on most of the radio stations he’s worked on, and participated in hundreds of community events for nonprofit groups. Sam also performed stand-up comedy throughout the ’90s and hosted several local TV shows.

He was a regular on Candid Camera from 1994-2004, doing gags, audience warmup, and announcing for the series on CBS-TV and PAX TV.