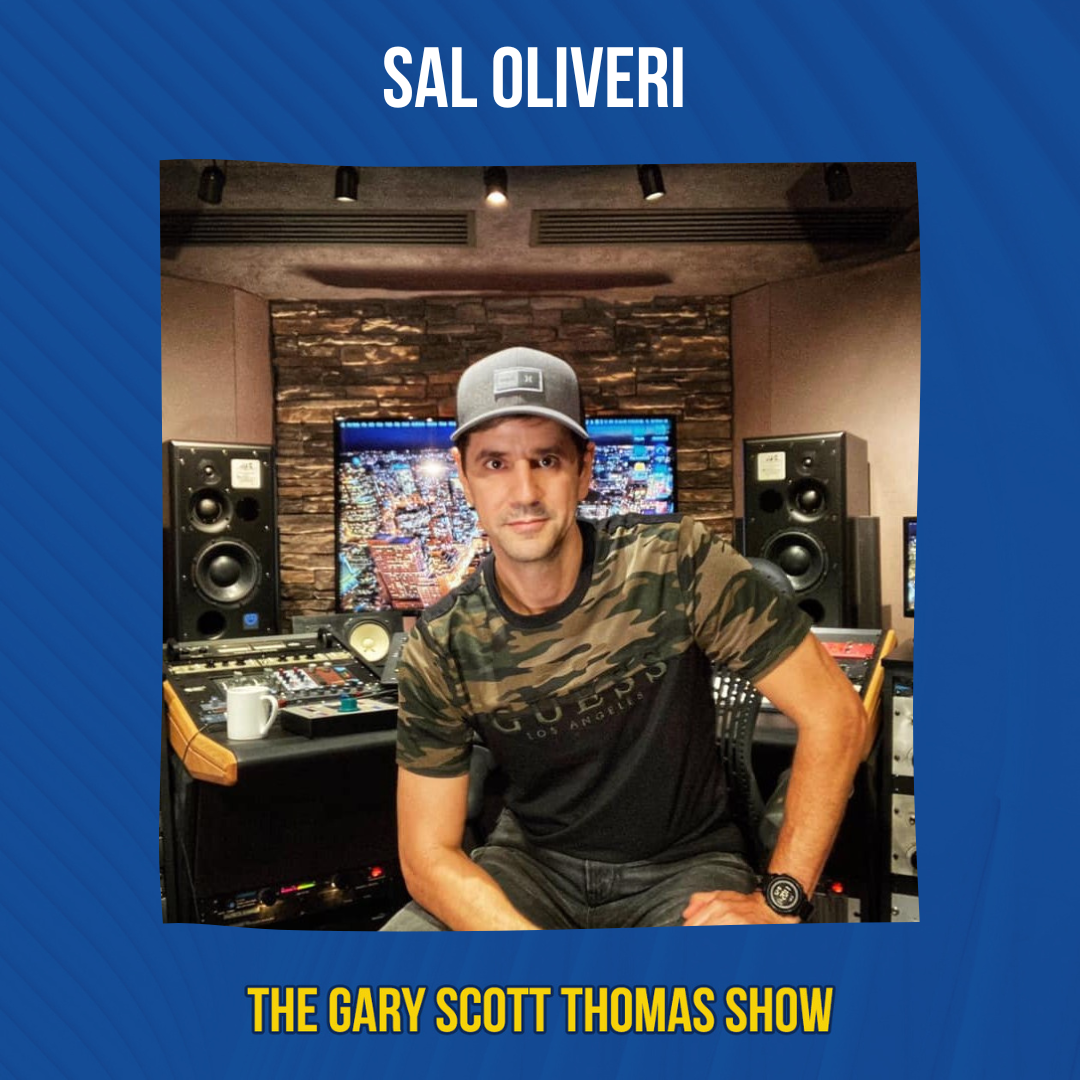 If you love P!NK’s song “Love Me Anyway,” featuring Chris Stapleton, you’re going to find this episode very entertaining. Multiple award-winning music producer Sal Oliveri joined Gary Scott Thomas for an episode where Sal takes us behind the scenes and shows us how hit songs are brought to life. He also talks about being the son of an immigrant who is living out his dreams, including working with Billy Joel.

“This is a hard business, and you have to give 110% and build up your brand…and all the things that go into making an artist.” ~Sal Oliveri

“You really do have to help people get out of their heads and focus.” ~Sal Oliveri

“I need as much forgiveness and grace on a daily basis as I can get. And so who am to say that I’m gonna withhold it from somebody else?” ~Sal Oliveri

“I never really can remember a time in my life where music wasn’t a major part of it.” ~Sal Oliveri

“To me, it’s [music] like another language, and I just don’t know how I would express certain things without it.” ~Sal Oliveri

“It’s not easy to accomplish anything, but I think we’ve just been conditioned through society just to have a real short view. And it’s like, ‘oh, my first single didn’t do great. I’m done.’ Tell me some other business that you could start and immediately turn a profit…Anything of value requires a period of investment and sacrifice if you’re going to yield something later.” ~Sal Oliveri

“You’re hearing all these women…some quirkiness here, just something that’s unique and different is being honored and validated, and it’s great.” ~Sal Oliveri

“If you boil it down, it’s a service industry job. I support artists. And I support songs.” ~Sal Oliveri

“You have to be able to say, ‘well, that flopped, what, what can I learn from that? And how can I make it better next time?’” ~Sal Oliveri

This Nashville-based Producer/Writer has played a pivotal role in the careers of artists and songwriters for over a decade. Often behind the scenes, Sal is providing the sound, inspiration, and development needed to launch artists’ careers into the forefront of the music industry.

Raised in the shadows of Manhattan, Sal Oliveri developed a diverse musical background. His grandmother, an opera singer, and father, a golden-voiced “crooner”, set the bar high for Sal when it came to execution and musical taste. By age 4, Sal was riveted to pop radio and his upright piano. Before long, Sal was performing as musical director and keyboardist at Harlem’s famous “Cotton Club” and hitting the NJ/NY studio scene. Soon after, Sal relocated to Nashville, where his musical efforts quickly earned him a #1 single he co-wrote and a Grammy Nomination for Best Rock Album.

Sal is known for his attention to detail and instinctive gift for bringing out the essence of the Artist and making it extraordinary.