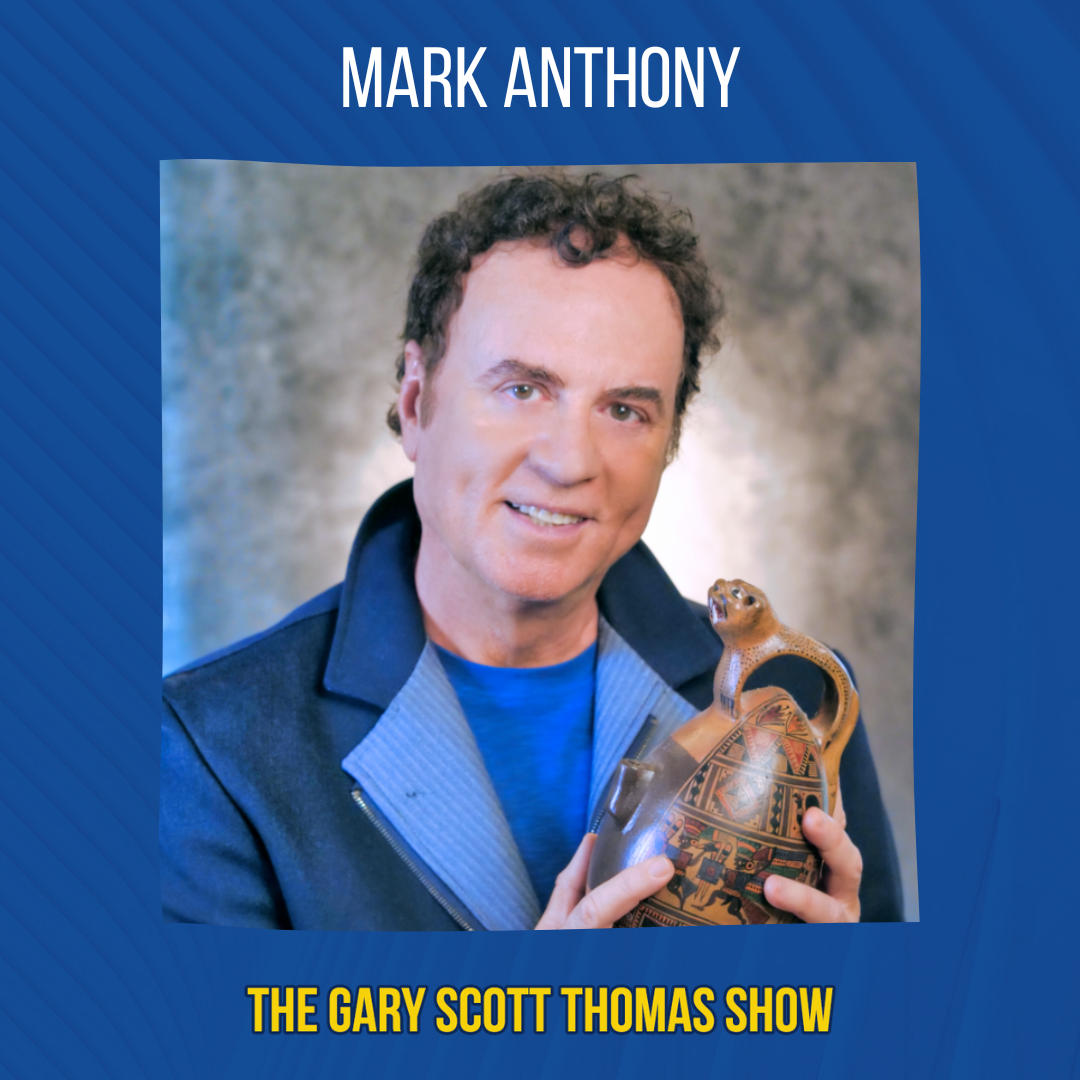 Have you ever wondered if we’re alone in the universe? Are people really able to talk to our loved ones who have passed? This episode is simply fascinating! Psychic Lawyer Mark Anthony joined Gary Scott Thomas for this week’s episode, and Mark gave us great insight into what it’s like to be a medium. There are several very unexpected moments in this conversation!

“We have two seasons, spring and hell.” ~Mark Anthony

“I have found in my work as a medium that every life matters, every life counts. And there are so many days when people think nobody’s noticed me; I don’t matter. And that may be what you think, but in the bigger picture, everyone has their part to play.” ~Mark Anthony

I realized that everything that I’d been through led up to that point. That’s not some special thing unique to me. That’s unique to you, too. Everything in your life has led up to this point. That’s unique to everybody. Everything happens to us for good, for bad. What we may think is indifferent is all part of our journey. We grow in response to adversity. Something terrible happens to you like you lose a loved one; it’s your choice how you react to it. You’re welcome to start snorting all sorts of drugs, shoot up, do some heroin, start drinking… You can take that path, or you can get angry and resentful and bitter, or you can embark on a spiritual journey to become more open-minded and more compassionate.” ~Mark Anthony

“There’s a day we’re coming, and a day we’re leaving this world. And what we have a choice with is what we do with the time in between.” ~Mark Anthony

“I introduced the term the electromagnetic soul, and a number of scientists and neuroscientists have started using it. They’re referring to it as the EMS and such an honor. It’s to describe what we really are, which is a soul.” ~Mark Anthony

Mark Anthony, JD, Psychic Explorer (aka The Psychic Lawyer®  Psychic Attorney and Psychic Adventurer), is a world-renowned fourth-generation science-based evidential psychic medium who communicates with spirits. He is the author of the groundbreaking and critically acclaimed spiritual bestsellers The Afterlife Frequency, Evidence of Eternity, and Never Letting Go.

Mark’s credentials and experience are unparalleled in the paranormal world. He is an Oxford-educated trial attorney licensed to practice in Florida, Washington D.C., and before the United States Supreme Court. In England, he studied Mediumship at the prestigious Arthur Findlay College for the Advancement of Psychic Science.

Dr. Gary Schwartz, Professor of Psychology, Medicine, Neurology, Psychiatry, and Surgery at the University of Arizona and Director of the Laboratory for Advances in Consciousness and Health, is one of the foremost experts on the Survival of Consciousness and After Death Communication in the world. Dr. Schwartz studies psychic mediums and has ranked Mark as one of the top mediums in the United States.

Mark is a recurring guest on ABC, CBS, NBC, FOX Television, Gaia TV, and on major talk radio shows such as Coast to Coast AM, Darkness Radio, and Sirius XM as a psychic medium, paranormal and after-death communication expert, and legal analyst in high profile cases.