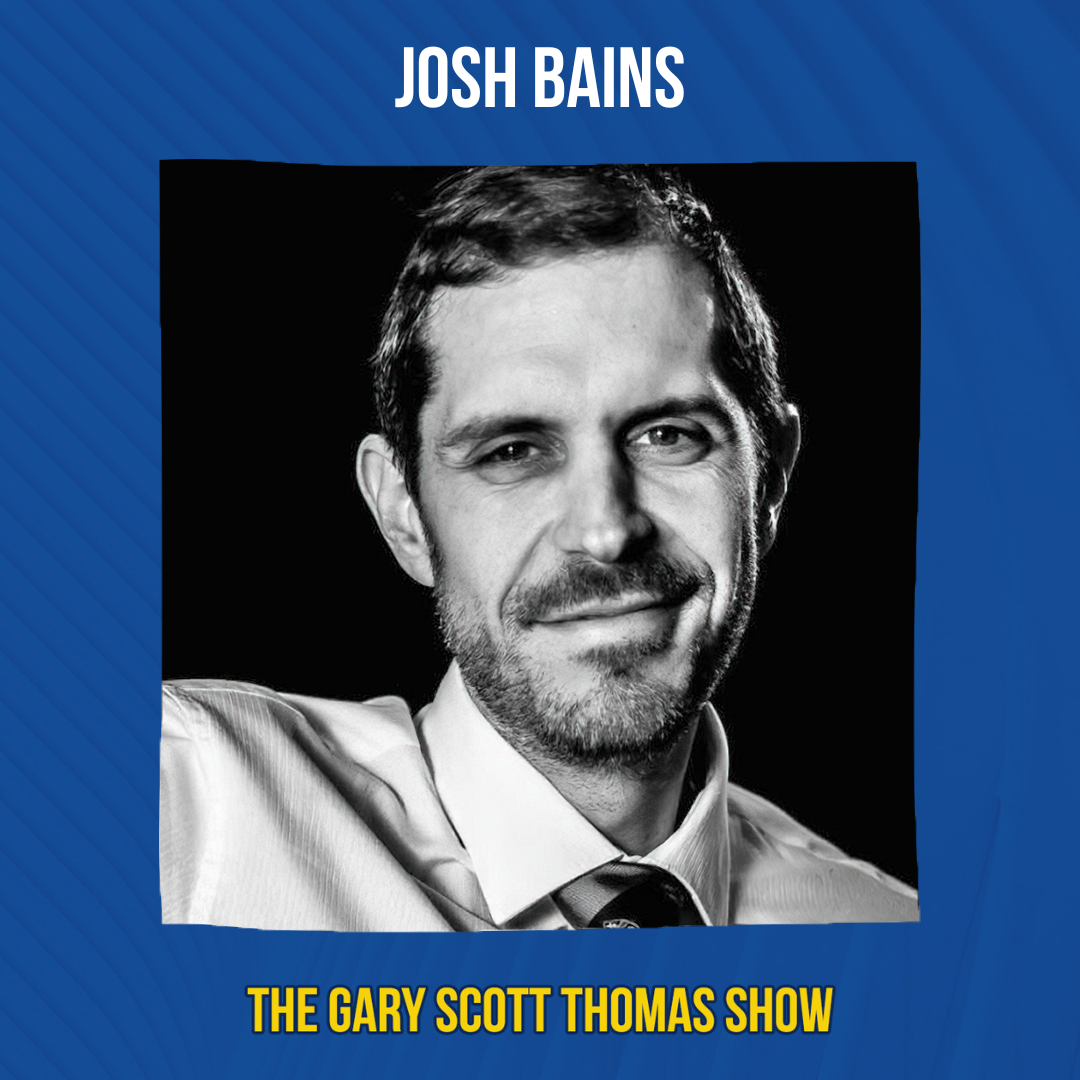 Ghostwriting is its own form of literary mastery. In his efforts to expand on the profession, Josh Bains invites listeners to consider the stories in their lives. Through vulnerability and open-mindedness, Josh elaborates on the various adventures of himself and others that ultimately led to priceless lessons, life-changing morals, and new growth paths.

“I was crying at some point, and it was a moving experience so that when I left, I tended to think, ‘Well, how do I solidify this? How do I turn this into something going forward?’ And I thought, ‘I’ve met a lot of dead Jews. I’d like to meet some living ones.’ And that’s the thought that I took away, that I need to do something. I need to go out and meet somebody because up until then; I hadn’t really.” – Josh Bains

“I’m seeing all of this woodwork and this incredible architecture, the thought that struck me was, ‘Oh, this is me!’ I don’t think I would’ve had that thought if I hadn’t been surrounded by so much alien activity to me in Hong Kong. But because I was steeped in the villages and all this stuff that I really didn’t understand or necessarily have any business being in it, it gave me this- um what’s the word? (…) There’s a literary term for when there are opposites. A Foil. It was a foil to what I really am. It was able- it showed me that, like, ‘No, this is actually you.’” – Josh Bains

“As you become part of families, you make friends, and it becomes your world, and you get to revisit it every single week. So suddenly, I just had a whole group of friends in Los Angeles, and I realized, ‘Wait, any place in the world that has a Jewish Community, I’ve got a family. I can go. I’ll be at home and accepted, and I can ask for help. I can stay with people. I can get food. I can be part of something, and it’s everywhere.’ And so that just opened up the world to me in a completely different way. It transformed the way I view the world.” – Josh Bains

“I think that what Judaism comes in and says (…) is that the physical is actually spiritual. And if you want a relationship with God, then go change the diaper, get your hands dirty, because that’s it. That ‘giving’, that ’being tied to reality’ is in a certain way what it’s all about. You’re learning about something that is, let’s say, transcendental with the purpose of bringing it down into the world and working on what’s here. And through that, you are working on yourself, and you’re connecting yourself to other people.” – Josh Bains

“I think that if you take all of the events in a story, and you kind of shake them, then eventually the most important thing- it either arises out of it or drops down deep to the bottom, and you kind of pull it out. But there is a point, and the best memoirs will have some deep points that the journey was leading to. And you might not have known it at the beginning. You probably didn’t. It probably comes from that journeying. And when you go through that process, then things come out, and you learn things. (…) That’s where it can really help to have a ghostwriter.” – Josh Bains

“In other words, when you think, ‘Well, do I have a book in me?’ Yeah, you have a book in you. The question is, which book? Or which story? And somewhere, there’s this arc in your life. And you’ve got to figure out, ‘Where is it?’ What’s the story you want to tell, and what’s going to have the most meaning and the most depth? And that’s what you should tell. And it’s probably going to be something that’s the hardest thing to tell.” – Josh Bains

“After the story’s over, after the climax, now you’re going to have this ebbing away period of tying up the loose ends, and that’s just part of life too.” – Josh Bains

Josh Bains is a New York Times Bestselling Ghostwriter, Author Coach, and World Traveler. A SoCal native, after receiving his journalism degree from the University of Hong Kong, Josh began exploring his Jewish roots–eventually spending three years in Israel, where he reported on the Middle East conflict, as he learned in a traditional yeshiva for Jewish learning in the Old City of Jerusalem. Today, Josh helps people tell their stories and speaks about self-development.