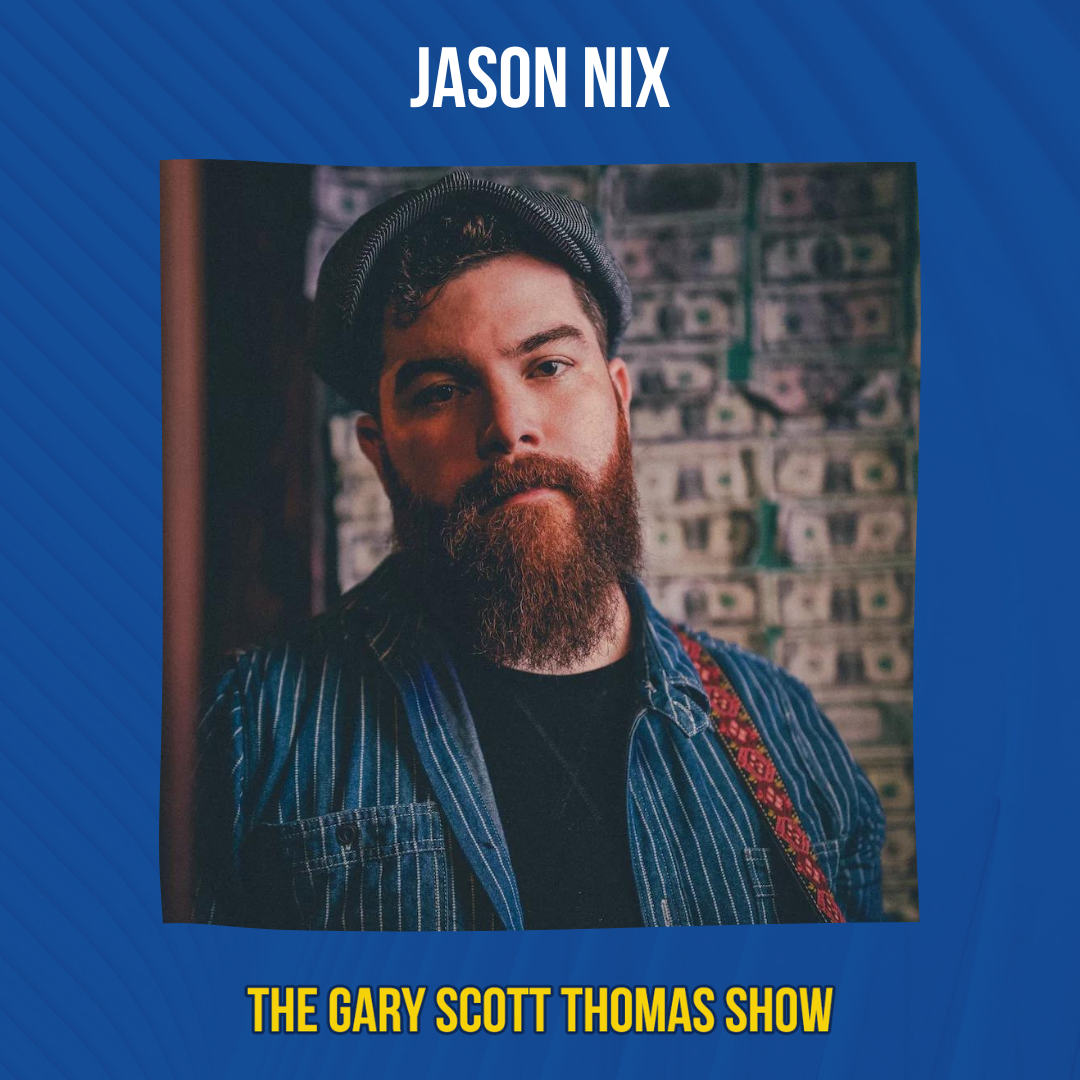 You know his music, you just might not know you know his music. If you love Lainey Wilson’s “Things a Man Oughta Know,” you’ll love this episode. Jason wrote that song and many other hits. He joined Gary in this week’s episode to share stories behind his songs, stories from when he was growing up, and much more.

“I think you should tell people if somebody asked you where you grow up, it should be the place where you got your heart broken for the first time. And it was Mississippi for me.” ~Jason Nix

“You gotta tell a story with the music. My goal was when we were doing this and writing these songs, I’m thinking, ‘okay, If I can, if I could play this song without singing the words, would it still make somebody feel the same thing that the words were saying?’” ~Jason Nix

“Minor chords do open an entire world of like melodic possibilities.” ~Jason Nix

“Laney is unapologetically herself.” ~Jason Nix

“We’re gonna say the same thing that’s already been said before. So how do we do that in a different way?” ~Jason Nix

Born in Nashville and raised in South Mississippi, Jason Nix grew up on a blend of his musical father’s Bluegrass and his mother’s love of Motown while introducing his own passion for Classic Rock into the mix. It’s no surprise then that his return to Music City just after high school led to the creation of a sound all his own, driven by his strengths as both a guitar player and a lyricist. 17 years later, having established himself as an award-winning, in-demand songwriter and earning cuts from artists ranging from Keb’ Mo’ to Lainey Wilson (including the recent ACM Song of the Year “Things A Man Oughta Know”), Nix now presents himself as a must-hear artist with the brand-new release “Mary Wanna.” Written by Nix together with Driver Williams as the first in a series of concept songs coming soon, the song introduces the free-spirited character of Mary while also introducing Nix himself.

“I had ‘Mary Wanna’ written down as a title for a long time before I pitched it in a write because I wanted to save it to write with Driver Williams,” notes Nix. “From the word ‘go,’ or in this case, ‘Mary,’ I never wanted the song to be about marijuana. I remember how fast the song fell out, and as I started working on the demo, I didn’t want to stop. We wound up using most of the parts I recorded in that 12×12 guest bedroom on the actual record.”

“‘Mary Wanna’ is the song that got my wheels turning again on releasing music as a solo artist. I love the way it makes me feel,” he adds. “I’ve always wanted to a concept album, and ‘Mary Wanna’ paints a very clear picture of what Mary’s role will be in this story. She’s a rebel who feels trapped by her parents’ idea of who she should be; she feels smothered by her community’s expectations of how a young woman should act. She is desperately looking for the freedom to find out who she is, even if it means breaking some hearts along the way. This song is the cornerstone for a project I didn’t realize I was starting at the time and was born from a personal experience that I never intended to write about. Mary gave me the opportunity to write about the things I’ve been holding onto for years.”