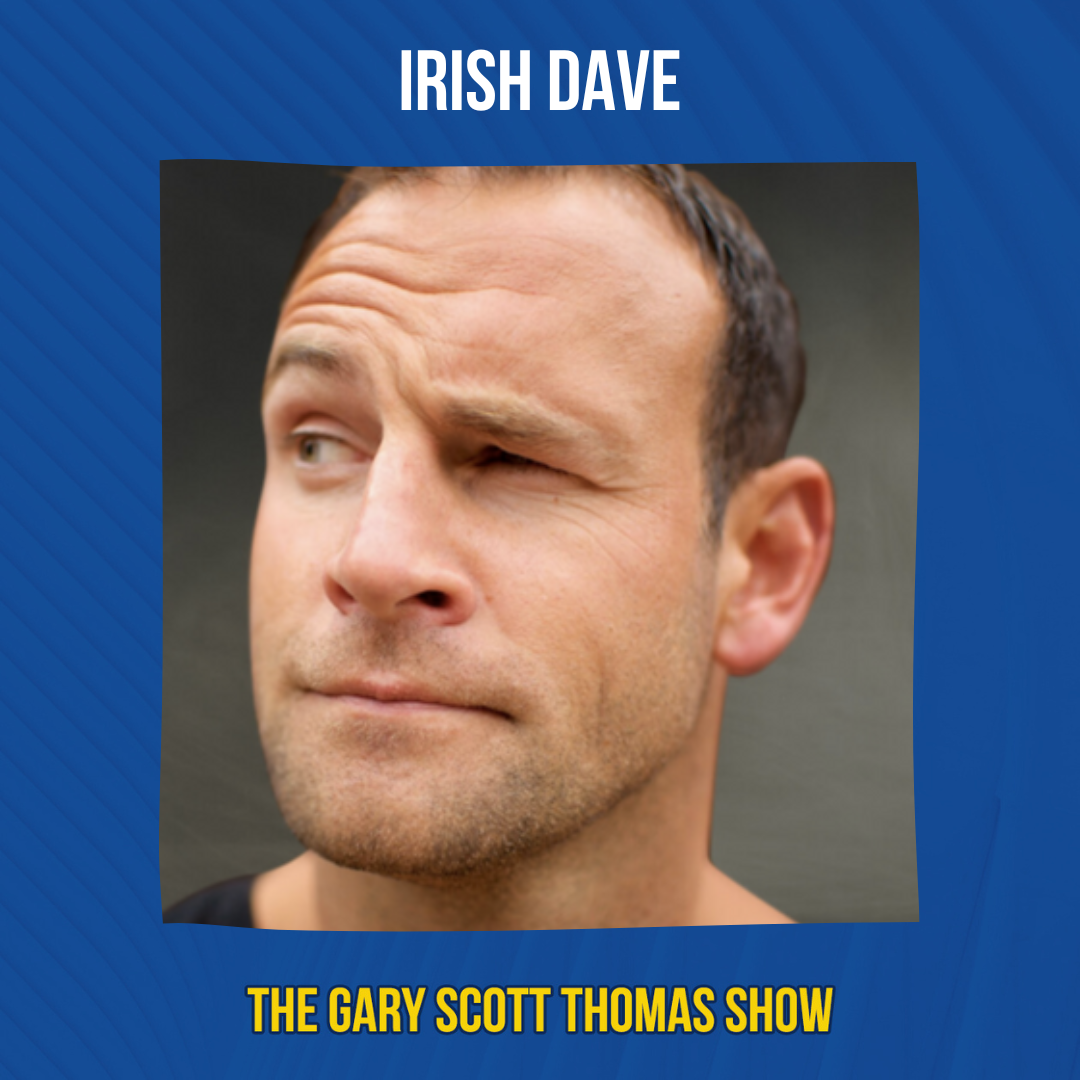 Comedian “Irish Dave” joins Gary Scott Thomas this week to share hilarious stories about being an Irish comedian in America like how he accidentally put some tourists on top of a Tiger Shark.

“If I can make fun of someone I will.” ~Dave Nihill

“I only ever got into up comedy because I was trying to get over a fear of public speaking.” ~Dave Nihill

“You can get away with not knowing about whales, but when you’re trolling people in the water with sharks of any variety, you should probably should know about them.” ~Dave Nihill

“We get very busy in March when everybody cares about Irish people for one month. And then after the year, it’s not quite as hectic.” ~Dave Nihill

David is the author of the best-selling book Do You Talk Funny? and the Founder of FunnyBizz Conference. His work has been featured in Inc., Lifehacker, The Huffington Post, Fast Company, Entrepreneur, Forbes, NPR, The Wall Street Journal, The Irish Independent, TV3, Newstalk, TED, and The Irish Times.

“One of the best speaking coaches out there” according to Forbes.com, David’s program with over 34,000 students has been featured by Prezi as one of the best training courses for presenters. His book remains one of the highest-rated in the world on the (usually not so wildly exciting) topic of public speaking and his content has been read by over one million people.

A sought-after international business speaker, David also performs standup comedy and was the winner of the prestigious 43rd annual San Francisco International Comedy Competition. As a storyteller, he finished runner up in NPR’s the Moth’s largest US storytelling competition. As a lecturer, he has taught at Stanford Graduate Business School, UC Berkeley, University of Oxford, and University College Dublin. (Told you this was random).

A graduate of the UCD Michael Smurfit Graduate Business School he calls San Francisco home when immigration officials permit. David was named on the Irish America 100 List, which recognizes the accomplishments of the best and the brightest Irish-American and Irish-born leaders, and the Top 30 Global Guru’s List for communications professionals.

A big fan of travel and languages David has lived and worked in 12 countries and visited 74 and counting.