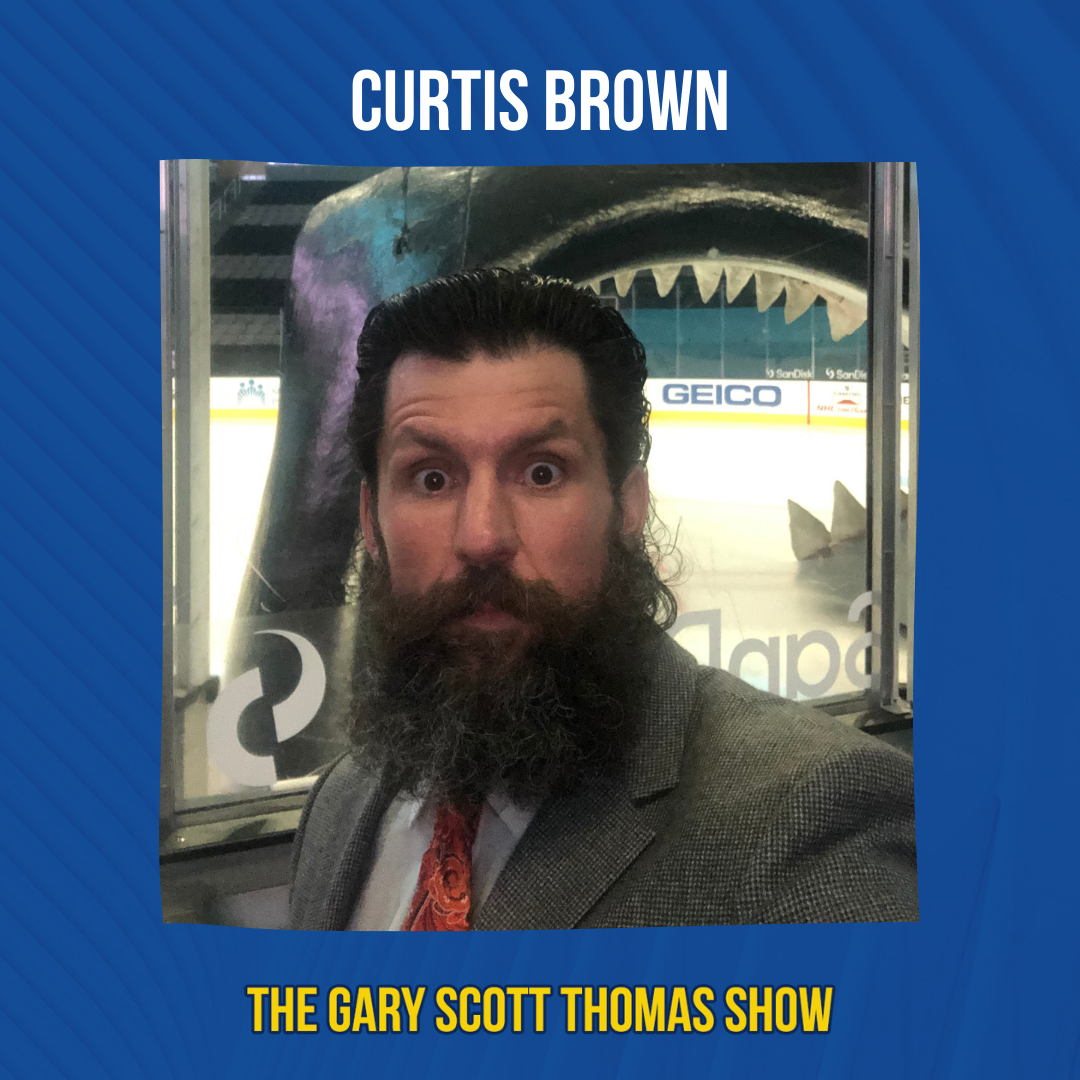 “God designed us all as individuals and there’s something unique and great in each individual.” – Curtis Brown

“There’s only two things Canadians do really really good and it’s drink beer and play hockey, and I was too young to do the former, so I went and played hockey.” – Curtis Brown

“We won gold in 96 which is one of my best memories playing hockey.” – Curtis Brown

“I didn’t do much winning until I learned how much I hated losing.” – Curtis Brown

“There was only one trophy and it wasn’t for the people that just showed up. There was just one and you had to earn that thing.” – Curtis Brown

“When I took about 50 stitches across the face and they look at you like, ‘That’s not normal. It looks like something’s wrong.’ and guess what, you go out and you play the next game.” – Curtis Brown

Curtis Dean Brown (born February 12, 1976) is a Canadian former professional ice hockey center and defenceman. He was drafted by the Buffalo Sabres in the second round (43rd overall) of the 1994 NHL Entry Draft. Over his National Hockey League career, he played for the Buffalo Sabres, San Jose Sharks, and Chicago Blackhawks. Brown was born in Unity, Saskatchewan, but grew up in Senlac, Saskatchewan.

Brown was drafted in the second round of the 1994 NHL Entry Draft by the Buffalo Sabres. After finishing the 1994–95 WHL season with the Moose Jaw Warriors, he debuted with the Sabres on May 3, 1995 against the New Jersey Devils and scored a goal and an assist.

Brown returned to the WHL for 1995–96 and was traded from Moose Jaw to the Prince Albert Raiders before finishing out the season with Buffalo.

By 1997–98, Brown became a full-time player for the Sabres, usually on the third line.

In March 2004, Brown was traded to the San Jose Sharks in a three-way trade that saw Buffalo acquire Jeff Jillson from Boston while they received Brad Boyes and Andy Delmore. Brown played only 12 games for San Jose, however, and spent the 2004 NHL lockout season in the ECHL with the San Diego Gulls.

On July 2, 2004, Brown signed a four-year deal with the Chicago Blackhawks, only to be bought out after only one NHL season. Brown was the first player ever to have his contract bought out.

Brown signed with San Jose as an unrestricted free agent in July 2006. The two-year deal was worth just $1.4 million, with Brown stating that he signed for such a relatively low salary because he had already received money from Chicago’s buy-out.

On July 17, 2008, Brown completed his NHL career and signed with the Kloten Flyers of the Swiss Nationalliga A where he played for one season. He then switched to defense and played the final two seasons of his career with EHC Biel before retiring.

Brown, of Christian faith, has a wife, Ami. The couple had a daughter, Aubri who died in late 2005 of Sudden Infant Death Syndrome. The death of their daughter inspired them to create The Aubri Brown Foundation, a foundation that helps parents going through the loss of their children.[1] They have three sons, Gage, Garrett, and Griffin.[2]