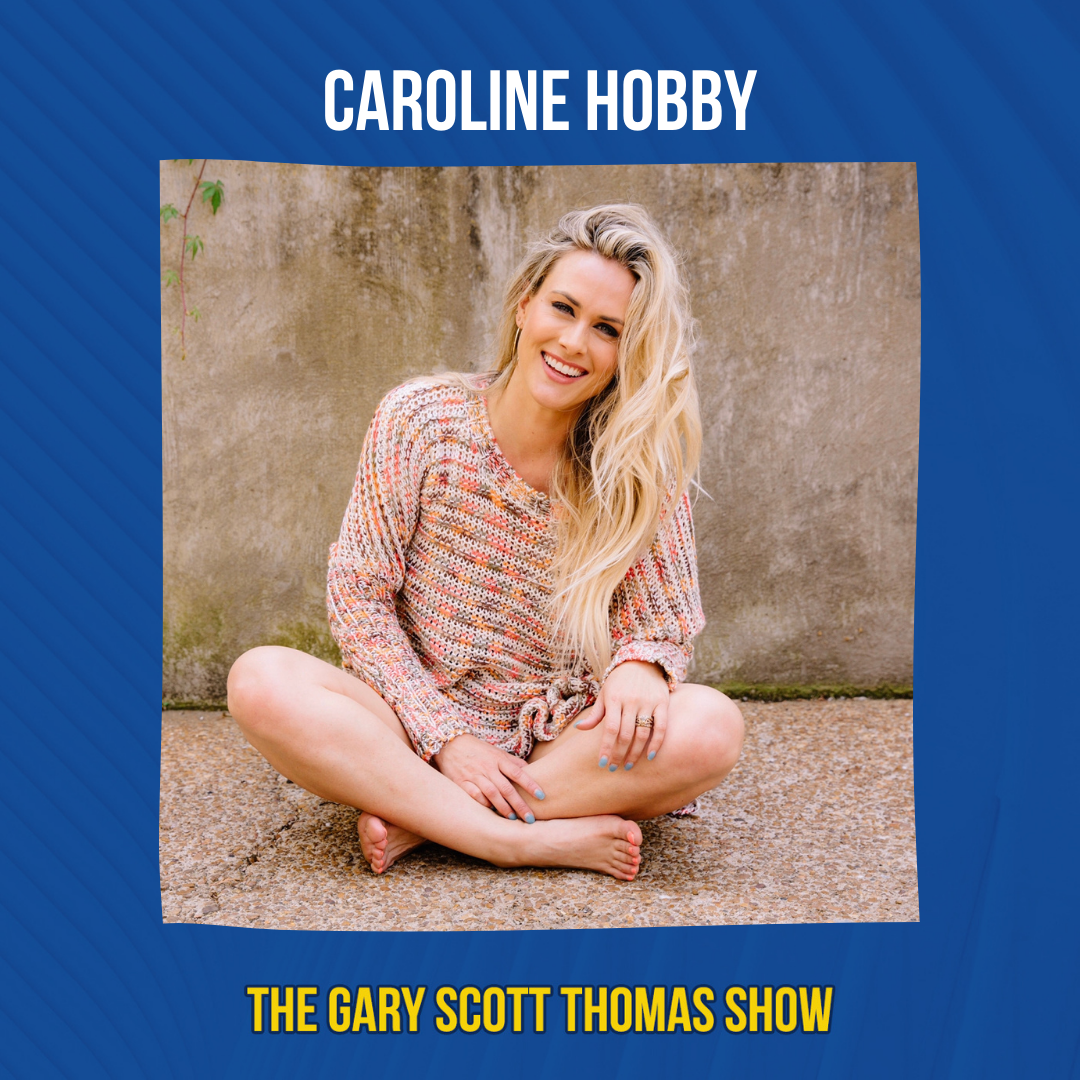 “You’re locked in your rooms in your hotel because they don’t want any kind of scheming or planning happening off-camera.” – @carohobby

“I did ‘The Amazing Race,’ which is a TV show where you race around the world.” – @carohobby

“I promoted Natalie Stovall as an artist, who’s now in Runaway June.” – @carohobby

“People are wanting to see the full picture of the artist and that full picture includes the wife because the wife is the backbone of the family.” – @carohobby

“It is the sweetest moments, that having a child has brought into our lives.” – @carohobby

“A lot of teams that go on The Amazing Race fight and hate each other and tear each other down.” – @carohobby

“You know, sometimes you get lucky twice.” – @carohobby

Nashville based Caroline Hobby began her career in the Country Music Trio Stealing Angels in 2007. During that time she collaborated and built relationships with some of the biggest names in the industry. After scoring 2 Top 50 Country Radio Singles, Stealing Angels fell apart.

Right when Caroline thought her world was over, she was asked to participate on CBS’s Emmy winning Reality Show “The Amazing Race,” Season 22 with her former bandmate Jennifer Wayne. They made it all the way to the season finale coming in 4th place and were then asked back as a “Fan Favorite” on “Amazing Race All-Stars,” Season 24 missing first place and 1 million dollars by 4 seconds. Through all of her experiences, Caroline grew a deep love for people, finding purpose, and sharing stories of dreams, trials, and triumph.

Since Caroline founded GET REAL PODCAST in 2015, she has consistently been named iTunes Top 200 Podcasts and has interviewed the wives of Country Music’s biggest stars such as Brittany Aldean(Jason Aldean), Hayley Hubbard & Brittney Kelley (FGL), Cassie Kelley (Charles Kelley of Lady A), Caroline Bryan (Luke Bryan), Katelyn Brown (Kane Brown), as well as artists Kellie Pickler, RaeLynn, Maddie & Tae, Cassadee Pope, Marie Osmond, plus many other fascinating influential women and a few men like actor Dennis Quaid. Her podcast is all about honest women having an honest talk. She also is an Entertainment Correspondent for CMT, Cracker Barrel, and Nashville Insider.

Caroline is also the proud wife of Michael Hobby, frontman of hit band A Thousand Horses, and the luckiest mama to her baby girl Sunny Grayson, the light of their lives.