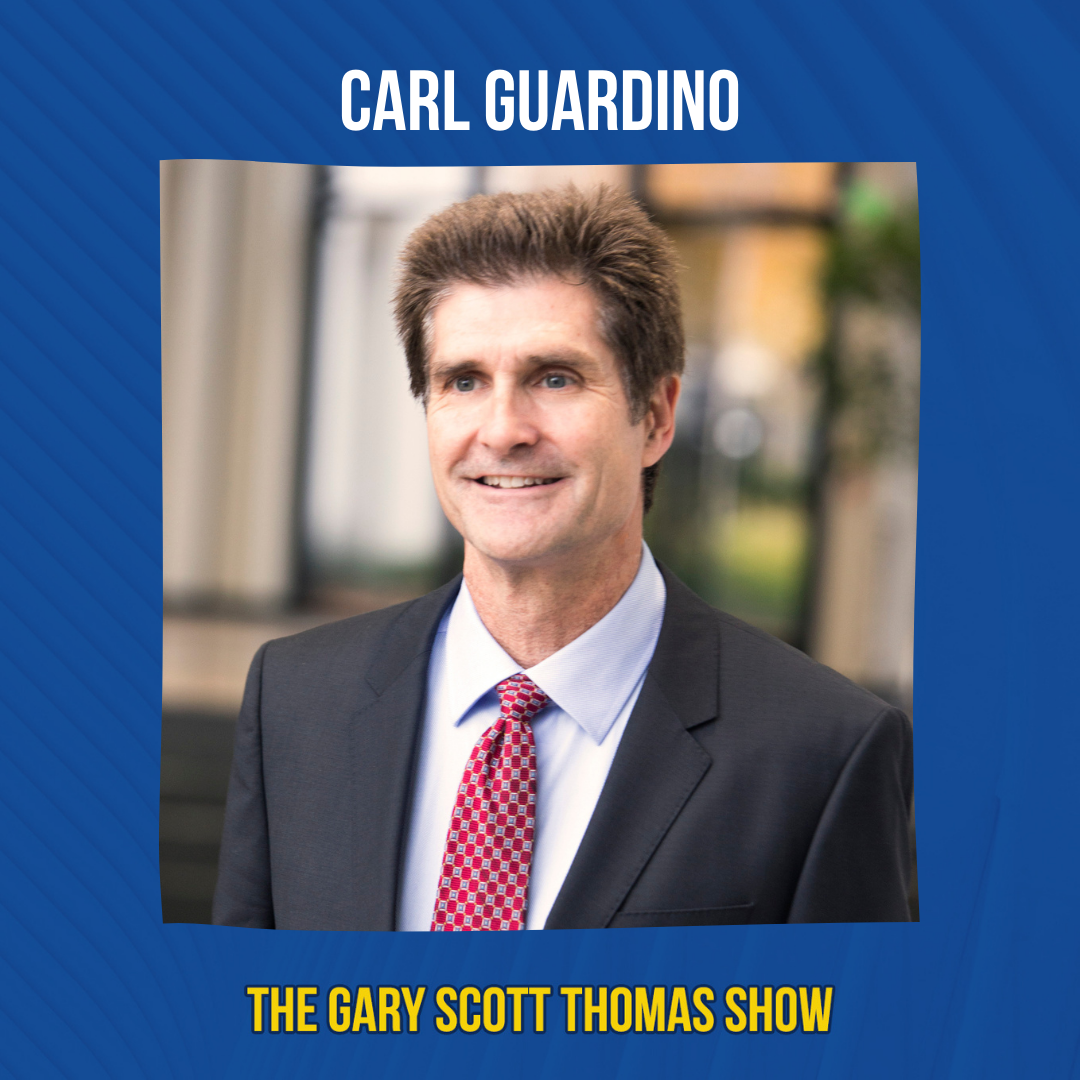 “We’re trying to raise them in a home where they may wonder about a lot of things, but they’ll never wonder whether their parents love them.” – Carl Guardino

“It’s harder to run people over on a bike.” – Carl Guardino

“We’re all three dimensional instead of the cardboard cut out that sometimes we can think people are, especially those who don’t agree with us.” – Carl Guardino

“When it comes to racial justice and equity, that should be something that always brings us together.” – Carl Guardino

“If they would let me put playing cards in my spokes and have a little bell and the streamers on my handlebars, I would do it.” – Carl Guardino

“My chest started vibrating and I thought, ‘Whoa, am I having a heart attack or something?” – Carl Guardino

Carl Guardino is one of Silicon Valley’s most distinguished business and community leaders. As President and CEO of the Silicon Valley Leadership Group for more than 23 years, Carl earned a reputation throughout the region as a consensus builder. In his current role as Executive Vice President of Global Government Affairs and Policy for Bloom Energy, Guardino is proud to help lead the pursuit of making clean, reliable energy affordable for everyone in the world. In May of 2020, Guardino joined the Board of Directors of San Jose Water, a public utility, and one of the largest and most technically sophisticated urban water systems in the United States.

First appointed to the California Transportation Commission by Governor Arnold Schwarzenegger in 2007, Guardino has been re-appointed three times by Governors Jerry Brown and Gavin Newsom. Elected Chairman of the commission in 2014, Guardino is a widely respected voice pursuing solutions for the state’s increasingly complex transportation needs. With roots as an affordable housing advocate, Guardino and his wife Leslee served as founders of the Housing Trust Silicon Valley which, since 2013, has annually awarded the “Guardino Affordable Housing Scholarship” to help students who have grown up in affordable housing further their goals for their future careers. In addition to serving as an unwavering champion of housing for everyone in Silicon Valley, Guardino founded the annual Thanksgiving Day “Silicon Valley Turkey Trot,” the largest timed Thanksgiving Day run in the country which has raised ten million dollars in cash and in-kind support for local non-profits over the last 15 years. Guardino also founded the “Santa Run Silicon Valley” and the “Heart & Soles 5K” to place salad bars in 200 Silicon Valley public schools.

Born and raised in San Jose, Guardino received his BA in Political Science from San Jose State University, where he is a Distinguished Alumnus. Carl and his wife Leslee Guardino are the proud parents of three children and the family is active in a variety of volunteer and community service organizations throughout the region.