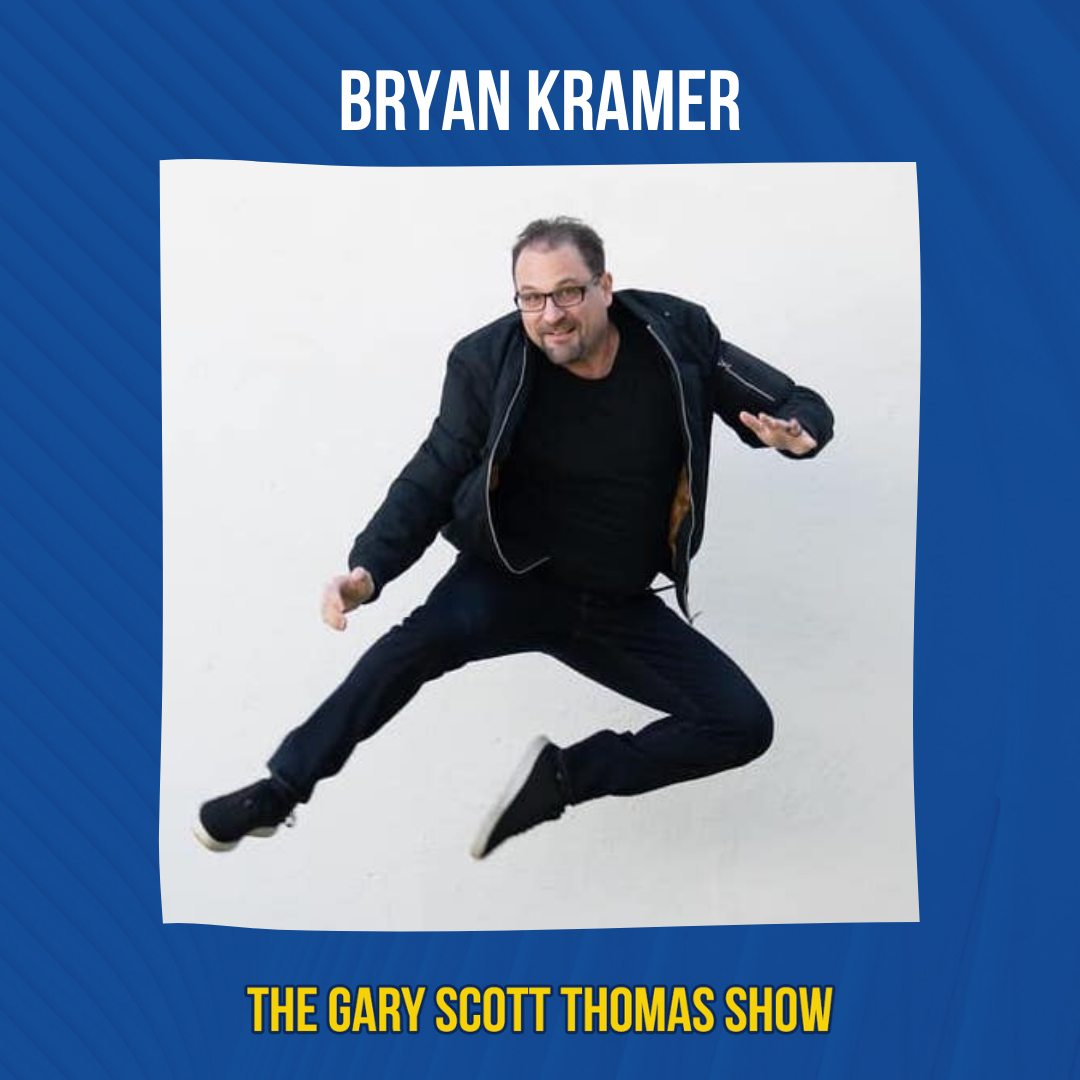 By heather@garyscottthomas.comDecember 9, 2020Uncategorized
No Comments

“We can also quickly unlearn things as soon as something replaces it.” – Bryan Kramer

“I’d get fired for speaking my voice.” – Bryan Kramer

“We actually get what we ask for.” – Bryan Kramer

“The only thing that kept me going was perspective.” – Bryan Kramer

“The reason that we all exist as humans is to connect with other human beings.” – Bryan Kramer

“The way that we don’t feel alone is through connection and the way we do that is through vulnerability.” – Bryan Kramer

Bryan Kramer is a renowned business strategist, global keynote speaker, executive trainer and coach, two-time bestselling author, and Forbes contributor. As former President and Co-Owner of PureMatter, a Silicon Valley global marketing agency since 2001, he sparked the Human-to-Human H2H movement that set out to humanize business through simpler communication, empathy, and celebrating our imperfections. His TED Talk on the subject in 2014 featured a TED “first – allowing mobile devices during the event to share the experience to illustrate his belief.

Noted as the “Zen master to Digital Marketers” by Forbes, named a “Top 3 Thought Leadership Speakers You Don’t Want to Miss” in Forbes and in “The Top 100 Most Influential People on Twitter” by Business Insider, Bryan teaches speakers, executives and audiences how to up-level their storytelling and how to be more compelling and clear. With more than 350,000 social fans and followers, Bryan believes that being human is our competitive advantage because of our ability to leverage our emotional intelligence alongside technology to scale, in order to share stories in a human way – not corporate speak.

Bryan’s first book “There Is No B2B or B2C: It’s Human to Human H2H” rose to the #1 spot in Business Books on Amazon in its first week. His second book, “Shareology: How Sharing is Powering the Human Economy” published by Morgan James, made USA Today’s Top 150 Book List the week of its release, as well as #1 on Amazon in Business books.

An experienced interviewer and host, Bryan has spoken with the greats, including Ted Turner, Founder of CNN and philanthropist; George Zimmer, Founder of Men’s Wearhouse; and John Grisham, renowned fiction author of 30 novels and nine blockbuster films including The Firm, Runaway Jury, and The Pelican Brief. He has hosted the EMC Dellworld conference twice and conducted workshops and executive interviews at IBM, Cisco, Verizon, and Pitney Bowes.