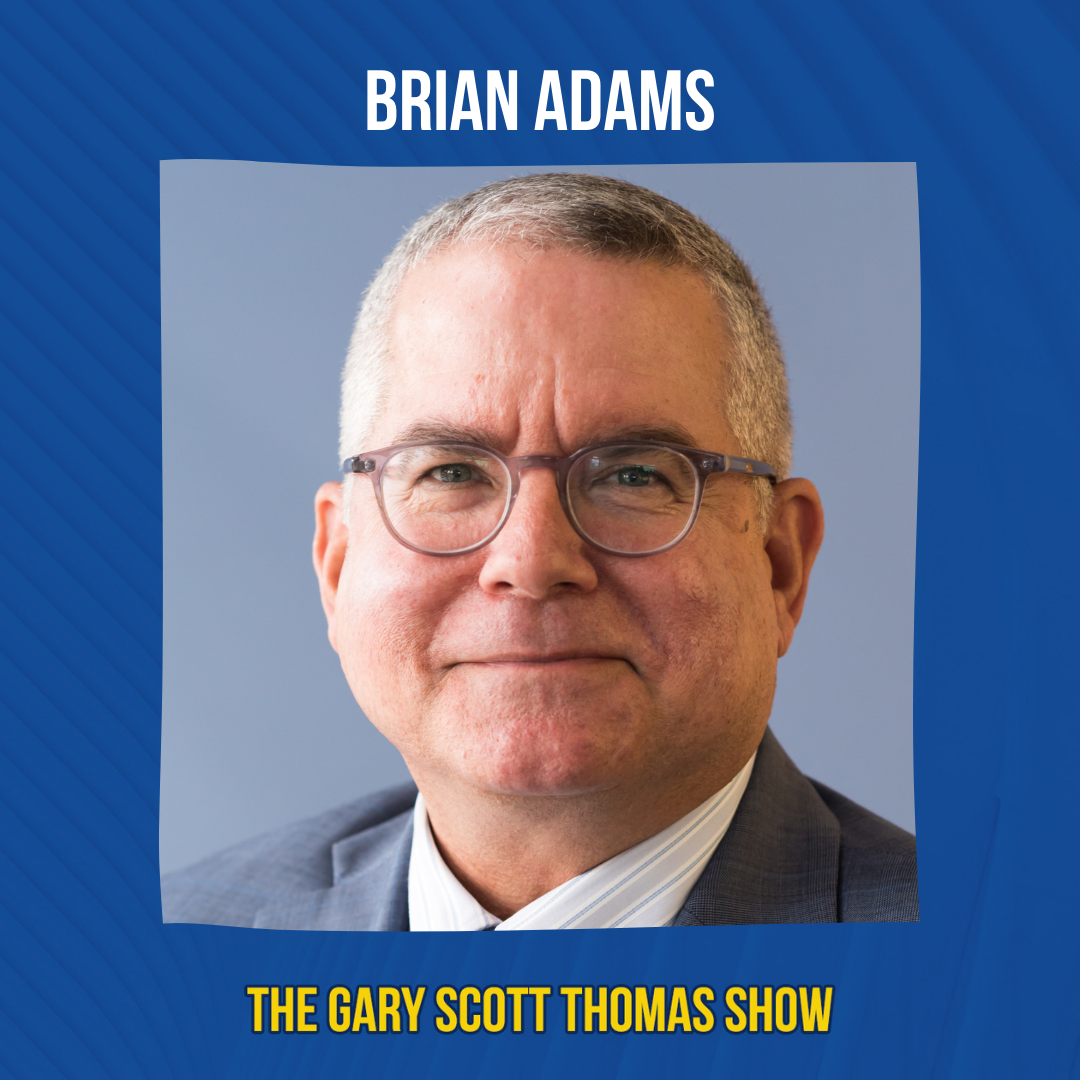 “My bedroom at home, when I was a kid, was filled with TV Guide covers.” – Brian Adams

“Tony Randall playing an Asian is not going to fly today.” – Brian Adams

“There are folks that are still terrified by the Wicked Witch.” – Brian Adams

“He’s become a caricature of himself and he’s in on the joke.” – Brian Adams

“The one opportunity I had to interview Mel Brooks was for, unfortunately, one of his worst films.” – Brian Adams

“The older the star, meaning the more veteran the talent, the more kind they seemed to be.” – Brian Adams

“He went to the NBC Studios and recorded the promos for our station because he wasn’t able to do the interview and do it then.” – Brian Adams

“The popularity back then was to be able to see a radio star on the big screen.” – Brian Adams

Brian Adams has been Vice President, Office of Advancement, at Bellarmine College Preparatory in San Jose, since January 2007. He is also an educator, having been an adjunct lecturer in the Communication Department at Santa Clara University.

Prior to joining Bellarmine, Brian enjoyed nearly 30 years in local media and public relations. He worked at KICU for 22 years, earning numerous regional and national awards. His final year at KICU included working with its sister-station, KTVU. A two-time Emmy nominee, Brian is a member of the Broadcast Television Journalists Association and the Broadcast Film Critics Association, the largest critic organization in North America. He is also a member of the Bay Area Broadcast Legends organization. His movie reviews and entertainment reports are heard each week on 95.3 KRTY radio and were also heard on KLIV 1590 AM.

Brian received his Bachelor of Arts degree in Radio/Television Broadcasting with Distinction and with Honors in Theatre Arts from San Jose State University, where he also received his Master of Science degree in Mass Communications.

Brian is also active in the community, having served on the Board of the American Cancer Society Santa Clara County Unit, which he chaired 2009-2011; and Advisory Boards of Guadalupe River Park Conservancy, Hospice of the Valley, and the Family Giving Tree. He is also a member of the Rotary Club of San Jose, where he has served on the Board of Directors (2010-2013 and 2018-2019) and as President (2015-2016). He has also been a volunteer reader for Books Aloud, serving blind, visually impaired, learning disabled, or physically disabled individuals who are unable to read conventional print. Brian is a long-time active member of the St. John Vianney Parish community in San Jose, serving in the ministry of lector.

His past affiliations include the advisory board of InnVision; board member of Friends of Guadalupe River Park and Gardens, for which he chaired the community and government relations committee; and he was among the first men to serve on the Board of the YWCA of Silicon Valley. In recognition of his community service, San Jose Public Library’s adult literacy program, Partners in Reading, established the Brian Adams Service Award given to a deserving volunteer. As a graduate of James Lick High School in San Jose, he was inducted into the East Side Union High School District Hall of Fame in 2003. The San Jose Chamber of Commerce presented him the 2006 Community Leadership Alumni Award for his involvement in the community. Brian is the recipient of a Crystal Bowl Award presented at the 2010 Junior League of San Jose Volunteer Recognition Luncheon for his commitment to the American Cancer Society. He was honored in 2014 with the Character Award from the Silicon Valley Monterey Bay Council of Boy Scouts of America.

A third-generation resident of San Jose, Brian and his wife, Gina, live in Evergreen Valley and have two sons, both graduates of Bellarmine College Preparatory: Nicholas, a public relations/marketing specialist who has his own agency, NINICO Communications; and Jeffrey, a professional actor who earned his MFA in acting at The New School for Drama in New York.