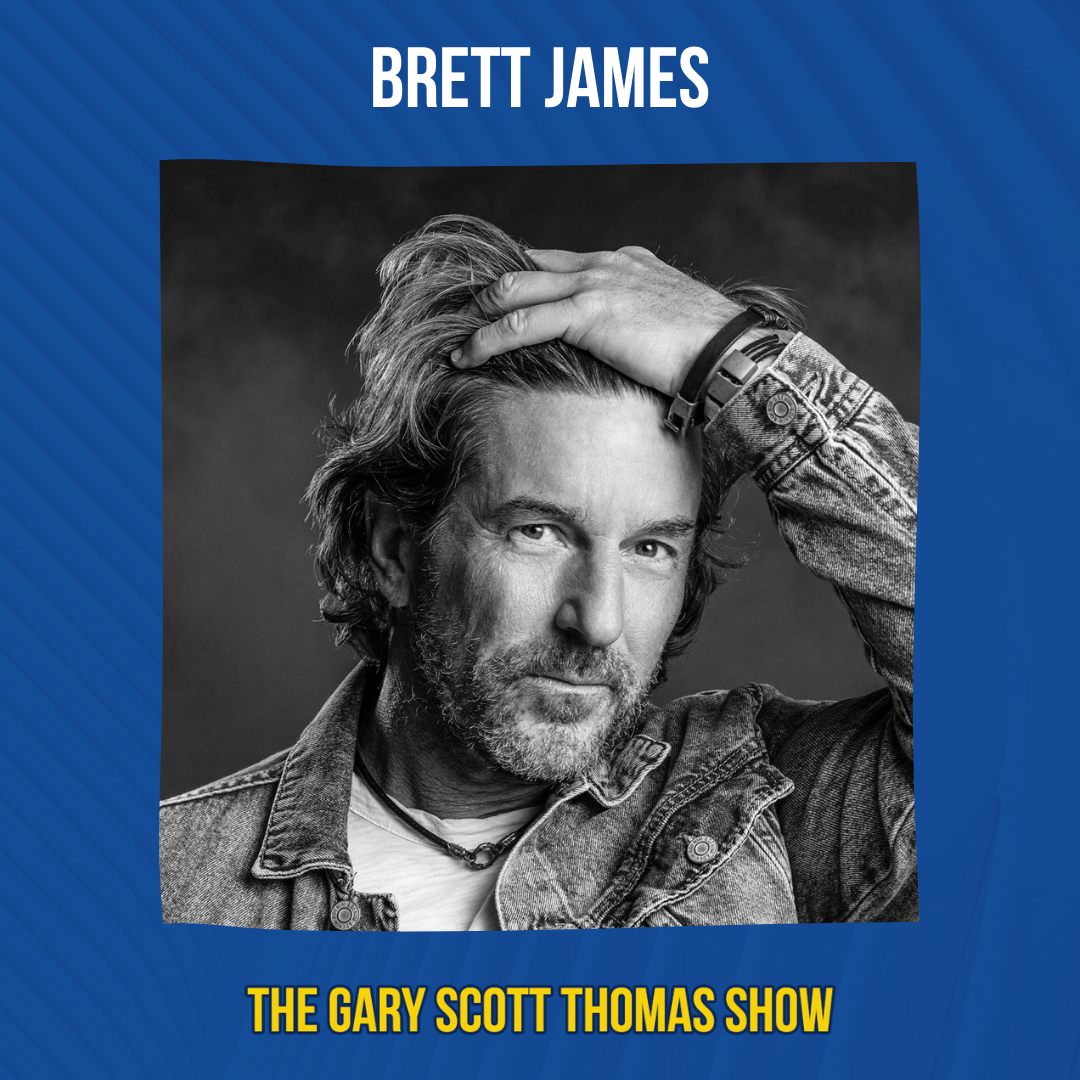 It’s always a pleasure to sit across from a friend and chat about your favorite music, let alone a Grammy Award-winning songwriter. Walk down memory lane with Brett James as he shares stories from his past and brings appreciation to the icons of the music industry who have paved the way for future singers and songwriters.

“I tell artists, you get to control about 30% of your career, and the rest is up to God.”- Brett James

“I’ve had 500 songs recorded, but the batting average is, if I’ve literally written over 4,000 songs, so it’s one in eight that even makes it to anywhere. If you do the math on 3,500 songs, and if you say that’s a song a day, not to mention the day required to record all those songs. I am talking about 15 years of my career, 365 days which meant I hadn’t made a penny. You know, that’s a real thing. You start adding up all the misses, and it gets pretty hard.” – Brett James

“There’s a whole lot of hit songs sitting on shelves in Nashville that if someone would take the time to dig through and find those diamonds, you could make a pretty good career out of it.” – Brett James

“There’s an insecurity to writing by yourself too, that, for me, forces me to be quite a bit harder on it than sometimes with a co-writer. Sometimes you need the other writers in the room to go, ‘Hey, that’s really good! Just leave that alone. You don’t need to screw that up.’ That’s kind of the beauty of co-writing, you know? You’ve got a second pair of ears and another opinion you trust.” – Brett James

“I told Garth this myself. I said, ‘Listen. You know the most important thing you did is that you’re now going on to your third generation of singers that you taught how to do this business and survive.’” – Gary Scott Thomas

“I walked up to him, and said, ‘Waylon, I am just so damn excited to meet you! This’ll be one of those moments I’ll take with me forever!’ He looks at me, and he goes, ‘Well, partner, I’m glad to hear that ‘cause one of us should!’” – Gary Scott Thomas

“Well, he’s Garth for a reason. You don’t get to be Garth by accident. He’s a special human, and superstars of that caliber are just, you know, intergenerational, and he’s just that guy.” – Brett James

“It’s hard to describe what those guys mean to music. You can’t put it into words, and we can always use more. That’s for sure.” – Brett James

For over a decade, Grammy Award-winning songwriter and producer Brett James has been one of the most prolific and versatile songwriters in Nashville, having had more than three hundred of his songs recorded by major label recording artists. James has become a fixture on the Billboard Country chart with thirteen #1 songs and scores of top 20 singles to his credit.

In 2009, Brett achieved the Music Row “Triple Play,” an award for three #1 songs in a single chart year, not once, but twice! These six #1‘s; ‘It’s America,’ by Rodney Atkins, ‘Out Last Night,’ by Kenny Chesney, ‘Cowboy Cassanova,’ by Carrie Underwood, ‘Summer Nights,’ by Rascal Flatts, ‘The Truth’ by Jason Aldean, and ‘The Man I Want To Be’ Chris Young earned James ASCAP Songwriter of the Year for the second time in October 2010.

A native of Oklahoma City, Brett attended Baylor University, where he completed two years of medical school before moving to Nashville to pursue his dream of becoming a country star. In 1995, Brett James was signed to the Arista subsidiary Career Records and subsequently released his self-titled debut album. Career Records was later dissolved in consolidation, and with it, James’s recording artist aspirations. Brett persevered as a writer at Patrick Joseph Publishing which fostered the relationships that destined him for success.

In the year 2000, James received his first major album cut with the song ‘Love Is A Sweet Thing,’ recorded by Faith Hill, followed by a top 20 single ‘You Won’t Be Lonely Now,’ with Billy Ray Cyrus. It wasn’t long before Brett reached the benchmark that all songwriters and artists alike strive for, the coveted #1 song. In April of 2001, then-break-out artist Jessica Andrews landed James his first #1 with the song ‘Who I Am.’ He returned to the top of the chart in 2002, this time with country superstar Martina McBride and the song ‘Blessed.’

As his chart success continued, Brett appeared on Billboard Magazine’s top-ten country songwriters list for five consecutive years, the only writer to do so, and in 2006 reached yet another musical milestone winning ASCAP Songwriter of the Year. In 2007, Brett received the music industry’s highest honor winning the Grammy Award for Best Country Song ‘Jesus Take The Wheel,’ recorded by Carrie Underwood.

The list of artists that have recorded songs penned by Brett James resembles a who’s who in the country music list but also straddles genre lines into American and world pop music. Some notable pop artists to record James’ songs include Kelly Clarkson, Jon Bon Jovi, Daughtry, The Backstreet Boys, Chicago, and Leona Lewis. Brett has also scored #1 songs in Europe and a worldwide top 5 Latin hit with the song ‘Todo Mi Amor’ recorded by Paulina Rubio. Outside the writer’s room, Brett’s talents have earned production credits that include Taylor Swift, Jessica Simpson, Josh Gracin, and MCA recording artist Kip Moore whose single “Somethin’ ‘Bout a Truck” was a breakthrough smash in 2012!