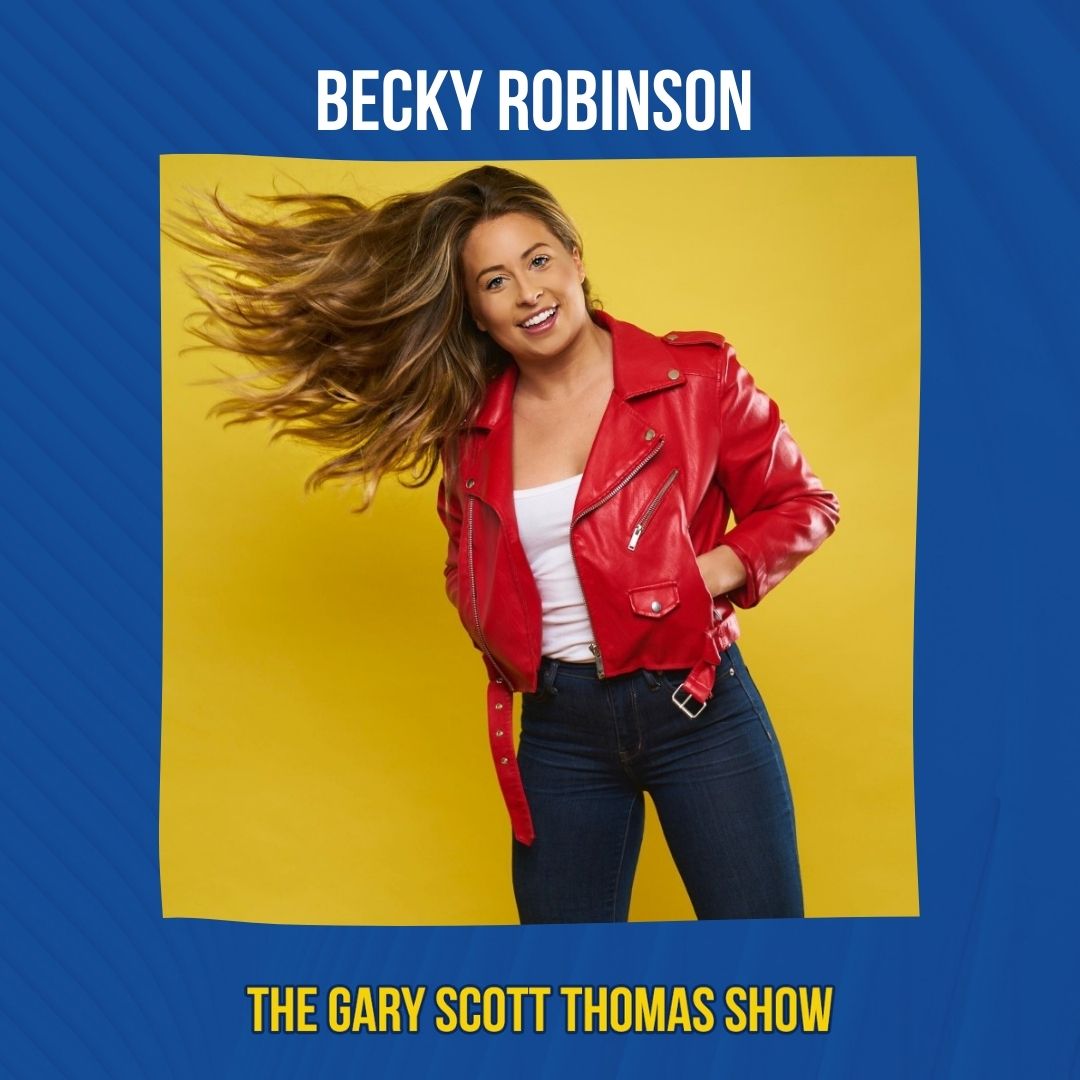 By heather@garyscottthomas.comJuly 14, 2021Comedian, Uncategorized
No Comments

“So I get an email from the USGA, like, President and the subject line is, ‘We’ve got a fairly serious issue here.” – Becky Robinson

“I should have never talked about my hemorrhoids on stage.” – Becky Robinson

“I was standing against a fence and a goat actually thought my hair was hay and bit my head and I was banging up against the fence.” – Becky Robinson
“You don’t call another adult and demand things that have nothing to do with you.” – Becky Robinson

Comedian, writer, actor, and voice-over star Becky Robinson is one of the youngest headliners on the comedy circuit today. Robinson is best known for her wide range of physical characters on-stage and screen with viral videos including her most popular character “Entitled Housewife.”

Today, Robinson is currently touring her latest live show creation, Snow Circus. Snow Circus packs heart, punchlines, characters, and improv into her electric energy on-stage during her one-woman show. Her mix of stand-up and characters leave audiences wanting more with one of the most uniquely entertaining shows of the year.