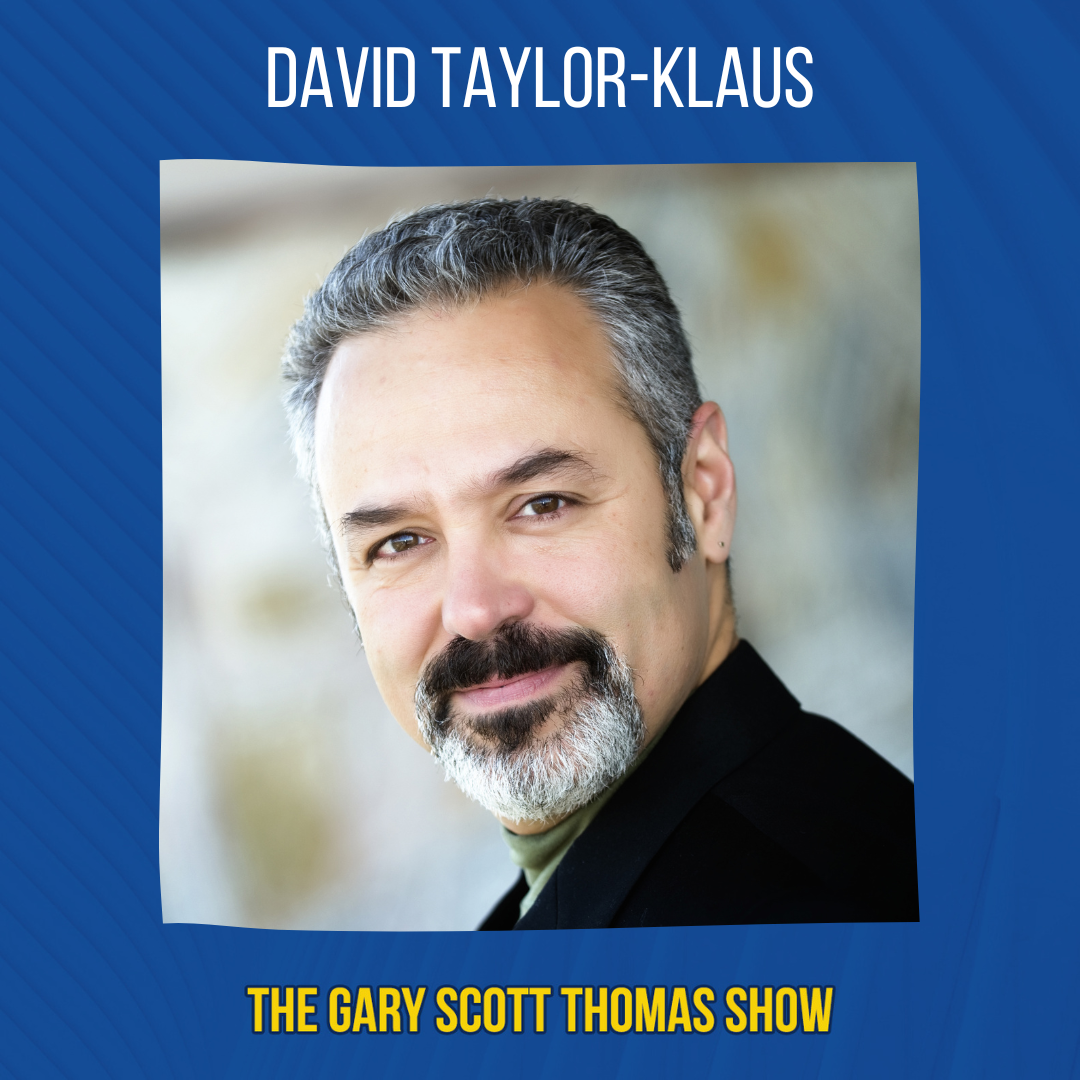 In this intense yet uplifting conversation, David Taylor-Klaus is open and honest with Gary about his suicide attempt and what he does now to keep himself on track. This episode will make you think while also lifting you up.

“How I got here was by being a cautionary tale. Wisdom comes from making some screaming mistakes and doing it the wrong way for a long, long. And so all of the wisdom I’ve amassed comes from beating my forehead against the wall over and over and over again for a really long time.” ~David Taylor-Klaus

“When you’re not aware of your, of your wake, you can do some damage.” ~David Taylor-Klaus

“For every one person who has a bad experience, they’re 10 quietly happy people.” ~David Taylor-Klaus

“What we remember of someone or what we see of someone and how we judge someone is always through the lens of who we are. It almost has nothing to do with who they are.” ~David Taylor-Klaus

“Not everybody actually lives their values, and part of what happens is the energy drain, and living in constant discomfort can come from living a life that’s out of sync with your values.” ~David Taylor-Klaus

“Humor’s one of the ways I cope with the world, good, bad, or ugly.” ~David Taylor-Klaus

“Children of parents who commit suicide are 50 times more likely to attempt suicide in their life.” ~David Taylor-Klaus

“Clinical depression is feeling sad when things are going well, and it’s inexplicable to someone who, pleasantly for them, has never experienced it. It’s when everything looks fabulous, and you feel like you can’t move.” ~David Taylor-Klaus

“There is so much to offer this world because normalizing mental health struggles is the next front.” ~David Taylor-Klaus

“Words create worlds. The language we use is indicative of what’s going on inside, and it shapes our reality. And the phrase work-life balance is so awful. It’s just awful.” ~David Taylor-Klaus

“When we measure our success with the number of zeros we have in the bank, what happens when you wake up on October 30th, 1929, and you got zero in the bank? Holy crap, right? It’s not about the money you have, it’s about who you are and what you know and what you’re able to do.” ~David Taylor-Klaus

David’s personal and professional worlds clearly reflect a journey in pursuit of excellence, always with a great deal of humor and heart. He is known for his sharp intellect and incisive ability to see and say what others do not. He balances fierce candor with genuine compassion … aka “an iron fist in a velvet glove.”

Whether working with individuals or teams or speaking to large groups, David believes that a powerful leader exists in each of us; his goal is to empower others to unearth and unleash their own leadership mastery. From personal experience, he drives home the importance for all professionals to take an active, intentional, and dynamic role in their private and professional lives.

The mission of DTK Coaching is to reintroduce successful business people to their families and the world outside the office.

Through an informed, well-applied process and an inspired approach, David’s clients overcome the overwhelming aspects of succeeding in business and being a part of a family. DTK Coaching helps them create the kind of Life-Work Balance they only dared to imagine was possible while also achieving dramatic shifts in their performance.

David’s insight and wisdom are built on his three decades as a successful serial entrepreneur.

Prior to establishing DTK Coaching, he was CEO of Digital Positions (DP), an internet strategy and web development firm he co-founded in 1995 and sold in 2009. As a strategist, he worked with C-level executives, senior management teams, and boards of directors to broaden their perspective and see how interactive initiatives support corporate visions and values for positive growth.

It was during this time, however, that David realized that his success came from being reactive rather than proactive and that he wasn’t participating consciously as a husband, father, business partner, or entrepreneur.  As he headed toward rock bottom, David had a significant wake-up call that ultimately resulted in DTK Coaching.

(It’s a great story… read how really bad it got)

Recent empty-nesters (a status modified due to the pandemic), David and his wife, Elaine, live in the heart of Atlanta with their dogs. A gold-medal rower in the 2004 Georgia State Games, an avid cyclist, and an enthusiastic wine collector (and drinker), David also enjoys kickboxing, really great jokes, and laughing with others … and at himself.