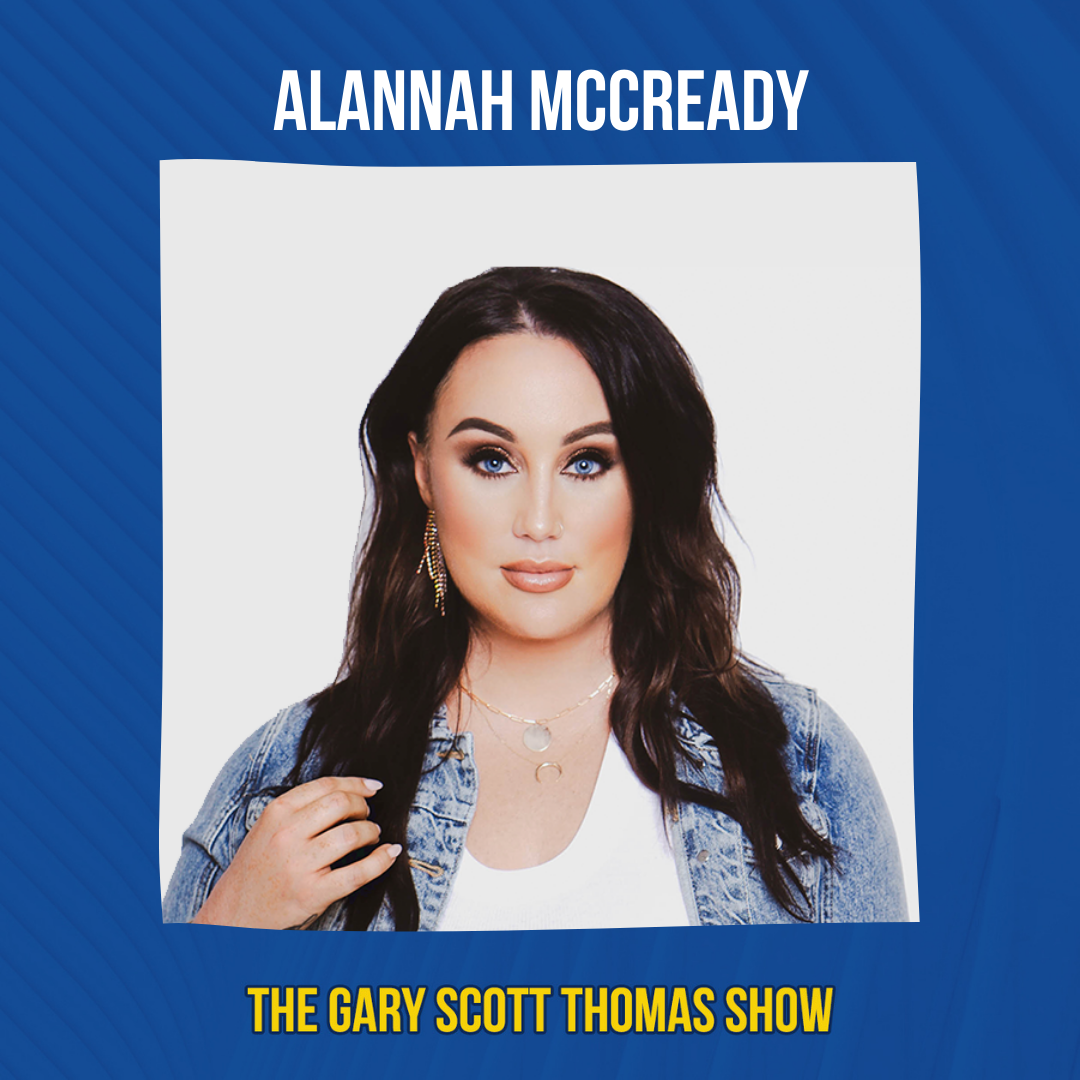 “We had to blow-dry our hair in the locker room before leaving because you cannot go outside with wet hair, it will break off.” – Alannah McCready

“I just, over the years, have picked a few of the wrong men.” – Alannah McCready

“I moved to New York and I did PR for a sports management company, we basically ran the day to day lives of like thirty NFL players.” – Alannah McCready

Alannah McCready has made a lifelong habit out of pouring her heart and soul into every task she puts her mind to.

Growing up in Minnesota and getting her first pair of skates at the age of three, it was inevitable that McCready was going to become a hockey star. “It’s called the state of hockey for a reason,” she notes.  The Minneapolis native discovered her expertise as a hockey goalie at skating camp at the age of 10 when she stopped all but two shots from entering the net, proudly telling her father, “I think I might be good at that.” But it was her mother who imprinted her with a love of country music that she grew up on in Oklahoma, the young McCready learning how to sing by watching the techniques of Trisha Yearwood and Martina McBride. “These individuals exemplified who I wanted to be, and that’s when I knew what I wanted to do,” McCready praises of the country icons. In between rounds on the ice, McCready spent her childhood days offering free concerts to her family, her mother often finding her four-year-old daughter in the bathroom at weddings entertaining the guests. “Everything was a song. When I was talking, I would just start singing what I was talking,” McCready describes of making every moment a musical one, a habit she admittedly has yet to break.

But McCready was just as sharp vocally as she was on the ice. Throughout her youth, McCready maintained her skills in both music and hockey, going so far as to overload her schedule in high school to accommodate both passions, her days starting at 5 a.m. for goalie training, followed by school, team practice, homework, and bed – repeat. The ambitious student would even go such lengths as singing all of her parts at a choral concert to get credit for choir class before jetting off to a hockey game that same night. “I was the only person in middle school and high school who was in choir and played a sport. Everyone thought it was so weird. Everyone always did one or the other and I refused to just pick one,” McCready recalls. “I would sing the National Anthem in my equipment before games and then skate to the net and play.”

After high school, she attended the University of Wisconsin-Madison and was part of two NCAA Women’s Hockey National Championships. On top of her intense schedule on the ice, McCready was also balancing a hefty workload as a sociology and communications major, which taught her the value of a strict schedule and time management, McCready crediting her athletic background for providing her with an unwavering steadfastness toward her dreams. “I think having to be disciplined at an early age when you’re playing a sport and being pushed and tested like that, carries over,” she observes. “An athletic mentality is something that only athletes really have. Now I’m finding being an independent artist and a singer-songwriter, you have to have the same mindset and the same work ethic because just like in sports and music, no one’s going to want it more for you than you have to.”

After graduating from college, McCready headed to New York and launched a career in sports public relations for a sports management company, running the daily lives of nearly 20 NFL players. But as much as the job came naturally to the multi-faceted talent, music remained heavy on her heart until one day she had an epiphany that it was now or never to pursue music professionally. “It’s that looming fear of ‘if I don’t do this for myself, I’m never going to reach these goals. No one’s going to pick me up and put me there,’” McCready realized at the time. “’If I don’t give everything to my music now, I might not ever, so I just need to do it.’” With a sense of urgency in place, McCready made the leap and turned her attention to music full-time. She soon headed south, devoting several months to recording her first album Love Hangover in Nashville, which came in the aftermath of years of tumultuous relationships that left her feeling hungover. During one of the recording sessions, McCready arrived at a crossroads, asking publisher Dan Hodges point-blank if he believed she had what it took to be an artist. “I sat down with him. I’m like ‘I need you to be really honest with me. Do you think that I should be doing this for a living? I think I should, but I don’t want to be biased. I really want you to be honest with me and frank with me, do you think that this is something that I could be successful at as a career because it’s what I want.’ He’s like ‘yeah, I think so.’ I’m like ‘ok, done deal.’ I’ve had my foot to the pedal to the metal since then and I started doing music full-time from that point forward,” McCready recalls of the life-changing moment.

Love Hangover and follow-up album Ricochet Heart set McCready on the path that’s led her to her upcoming EP. “Since it’s been three years since Ricochet Heart, I’ve been through more things and I know more about myself, and I think that’s why I’m so excited about the new music because I think both of those albums culminated into exactly what I wanted to do and didn’t want to do in my music anymore. I was in a different headspace when I was writing these and more of a comfortability in who I am and what I want to say in my music,” she explains of the process for the upcoming project that embodies “a lot of feeling.” “I think it’s the most relatable project I’ve ever done.” She sets this tone with the lead single “Something Like That,” an easy-listening, pop-country bop where McCready lays down some unfiltered truths in the first few lines, divulging that she’s been cheated on three times and didn’t recognize her self-worth. But she’s since shed the innocence of the past, finding strength in her mistakes and knowing now that what she truly needs is a nurturing and loving partner. “I think a lot of people are afraid to be okay with the simple things,” she ponders. “I feel like it gets to a point where the song ended up, ‘I want these simple things from someone that shouldn’t be that difficult to give to someone that you’re supposed to care about, and if you can’t give me something like that, then I don’t have time for it.’”

The five-song project continues to dive deep below the surface as McCready relays the feeling of having her life flash before her eyes on the morning she turned 30 in the tear-inducing “On My Own,” to offering her perspective on the modern world of online dating in the cautionary “Take it Slow.” She rounds out the EP with the girl-power anthem “Back to Me” while empathizing with couples who have to communicate long-distance in response to the COVID-19 pandemic with the tender-hearted “Can I Call.” “This new music, I feel like I’m finally in the lane that I should be in,” McCready says of the album that took a decade to be ready for and allows her to feel “completely confident and solid in knowing that this is my lane I want to be in and this is how I want to sound and how I want people to see me as an artist.”

McCready also views the EP as claiming space in the country music landscape while also offering a source of healing – an element she hopes translates to those who experience it. “I think that music is the most healing thing on earth and I think that the majority of people use music as an emotional healing pathway. Music has healed me so much and writing all three of my projects has healed me in some way or helped me through something just by getting them out and singing it. Writing and singing these things helped me process things in my life, so I just hope that it’s relatable,” she expresses. “I think country music is ready for me at this point. I feel like I’ve been ready for it for a while, but I feel like now we’re moving to a space where it’s finally ready for me.”