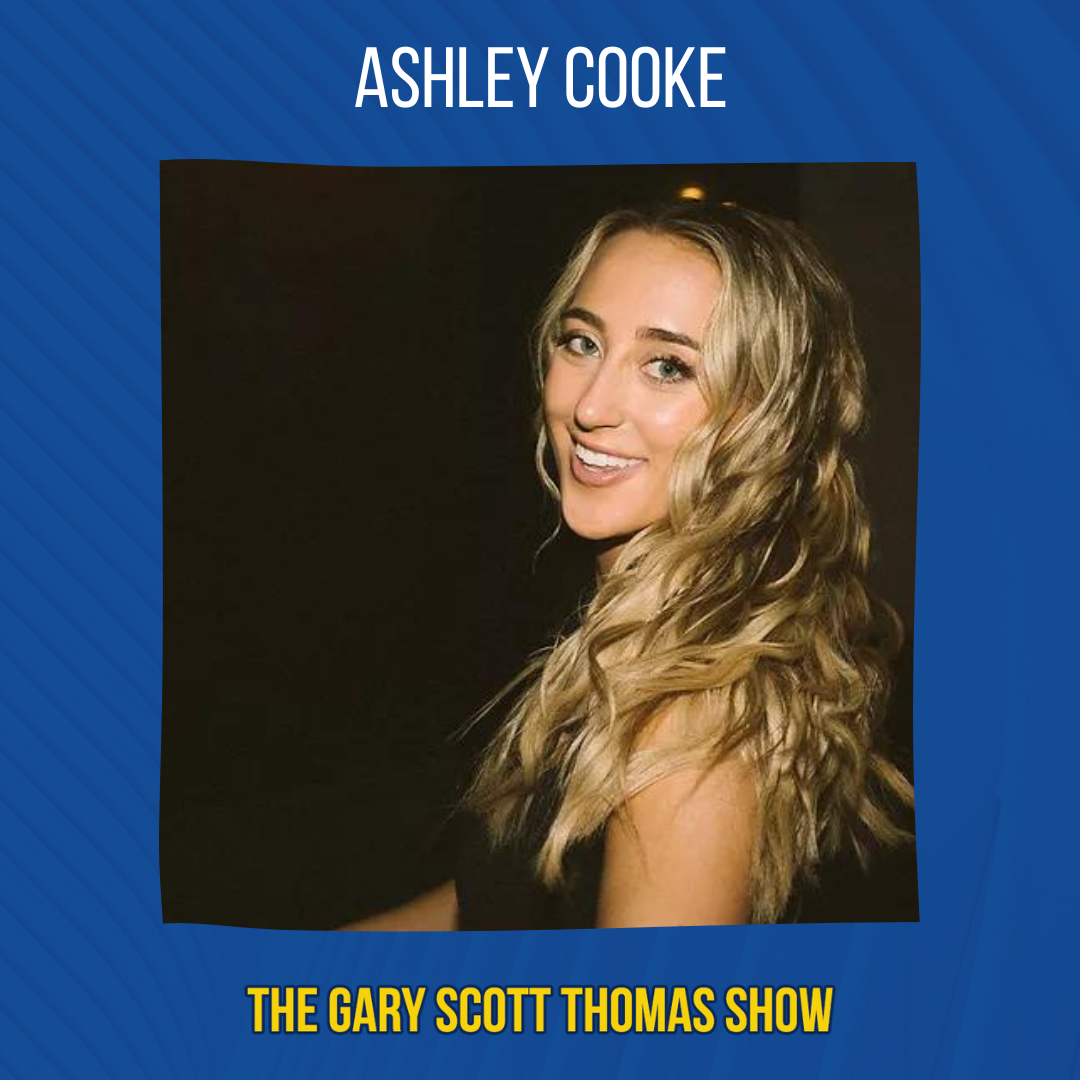 Country artist Ashley Cooke is quickly becoming a favorite and is on her way to becoming a household name. She’s already gotten to collaborate with Jimmie Allen and tour with Cole Swindell! In this episode, we talk about her journey to being a Country star and what her audience means to her, and so much more. You’re going to appreciate and enjoy how open and authentic she is.

“There was just something in the depth of poetry and how so little could say so much.” ~Ashley Cooke

“The bar for what is good [music] is just so high right now.” ~Ashley Cooke

“I think the beautiful part is that Country has, over the last couple of years, whether you hate it or you love it, it’s kind of extended its boundaries for what is and isn’t Country.” ~Ashley Cooke

“Country music is universal in so many ways.” ~Ashley Cooke

“I just kind of fell into performing and writing songs and kind of just being around it. And it just became my absolute passion, and I found a knack for it.” ~Ashley Cooke

“I lived in California the longest, but Florida was just kind of where I feel like I became a human.” ~Ashley Cooke

“I think when you’re 18, giving yourself the ability to question what you want to do and the doors that you want to open and the person you wanna be is really important instead of just being like, ‘Well, I have to do this thing because obviously, this is what I’ve always done.’” ~Ashley Cooke

“As much as being on stage and looking out at the audience makes you envision your future, it’s the one-on-one connections with people that care about what you’re doing and wanna get to know you and wanna learn and wanna buy your merch and wanna come to your next show.  That’s your future.” ~Ashley Cooke

Raised between the coasts of California and Florida, Ashley Cooke is an up-and-coming country artist who brings authentic and honest storytelling to her music. The singer/songwriter developed her love of country music as Rascal Flatts, Jason Aldean, and Florida Georgia Line quickly became the soundtrack of high school. Cooke followed her passion for music to Belmont University, where she won the Country Showcase, placing her in an elite class of winners that includes Brad Paisley, Chris Young, Tyler Hubbard of Florida Georgia Line, and more.

Last year, Cooke hit the road on tour with fellow rising acts BRELAND and Spencer Crandall and spent the first half of 2022 touring alongside Cole Swindell, Brett Young, and Jordan Davis. Cooke will continue to appear at some of the summer’s hottest fairs, and festivals as she gears up to release more new music via Big Loud Records / Back Blocks Music before heading out on Swindell’s Back Down To The Bar Tour in fall 2022.