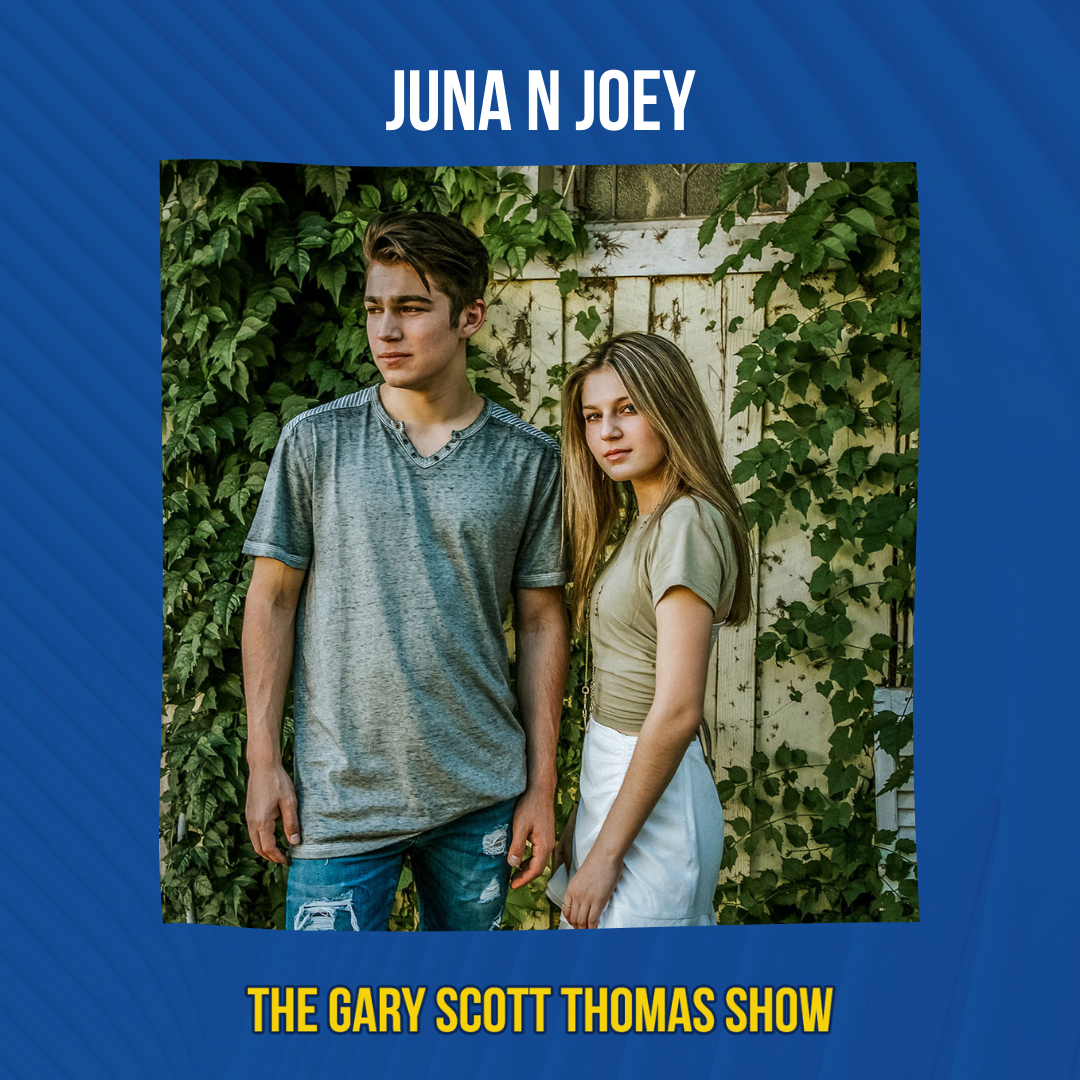 “We started posting covers of -like- the top songs and we saw growth.” – Juna N Joey

“It was our first time being on national television.” – Juna N Joey

“People want to watch a show, you know, they want to get entertained, because if it’s not entertainment they’re just gonna…they’re gonna get bored.” – Juna N Joey

“I go to Berklee College of Music.” – Juna N Joey

“Our manager got in contact with some people from the show and then we flew out there and it was like a really amazing experience.” – Juna N Joey

From West Palm Beach, FL, singer-songwriter, brother-and-sister duo Juna N Joey has organically developed a robust and loyal following after posting covers onYouTube, earning over 7 million collective views. Their sound is described as pop-country, and the duo cites The Carpenters, Lady A, and Dan + Shay as influences.

JUNA: At 16, Juna is a charismatic singer-songwriter with the confidence of a seasoned professional. In addition to singing, she also plays acoustic guitar, piano/keyboard, Cajon, drums, and is currently learning violin. She first started developing her songwriting skills at the tender age of 11.

JOEY: At 18, Joey is also a singer-songwriter with a powerful voice. He is also a multi-instrumentalist, playing the lead guitarist (acoustic & electric), sax, and piano in their band. 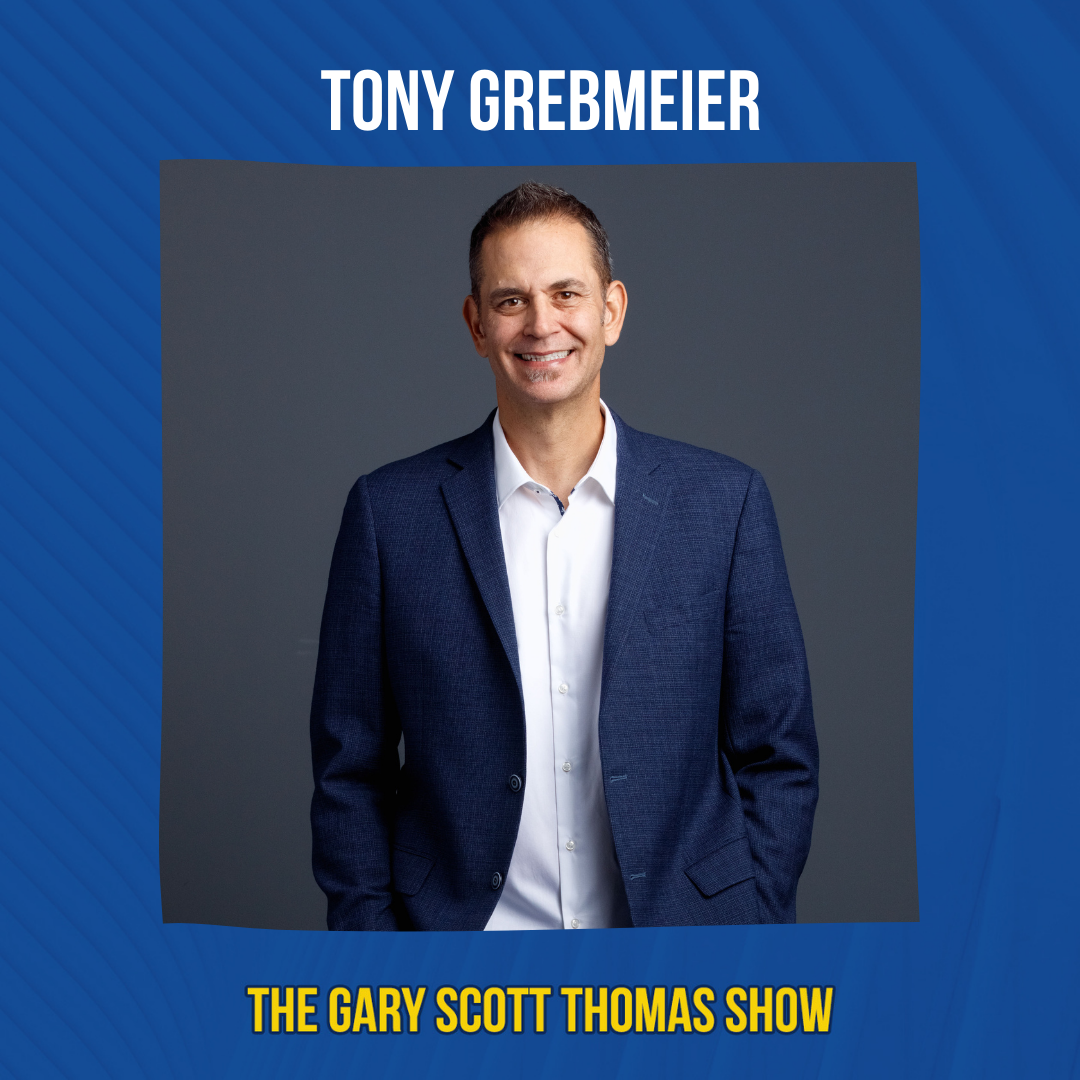 “My buddy knocked on the door and saved my life, I attempted suicide on October 9th of 2008.” – Tony Grebmeier

“Love is a decision, you’ve gotta make it every single day.” – Tony Grebmeier

“Life is all about creating experiences for people and  most of us get the nosebleeds, but you deserve the front row.” – Tony Grebmeier

“Kids are stuck on TikTok, Snapchat, and whatever, wasting their life watching other people live their lives and not living to their best ability.”  – Tony Grebmeier

“I got really addicted to drugs and alcohol and that basically almost  took me out, it took me to the lowest point in my life.” – Tony Grebmeier

My life at times feels like an old country song.

I’m a former radio personality living out my dreams.

I founded ShipOffers in my garage back in 2001. We provide health and wellness products and fulfillment services to direct response, ecom, and marketers worldwide. If you have questions or want to jump on a call 📞 , schedule something at connect with tony (dot) com happy to give a free product or fulfillment audit.

My wife Amber and I recently became empty-nesters, purchased a 35-acres ranch out in Colorado. I hope my wife finds my tractor sexy. We are the proud parents of Owen, 20, a junior at CU Boulder, and Ethan, 22, who graduated a moved to Seattle.

A few things about me:

I would rather have coffee with you than chat on the phone.

I believe relationships are the most valuable currency.

Don’t be a douchebag and follow through on your word or clean up your miss.

Being of service brings me a lot of joy.

I’m always looking for guests with exciting stories to share on my podcast—the Real Stories Behind Success.

Finally, nobody has any of this figured out, and we all have a higher success rate of achieving our dreams if we collaborate. 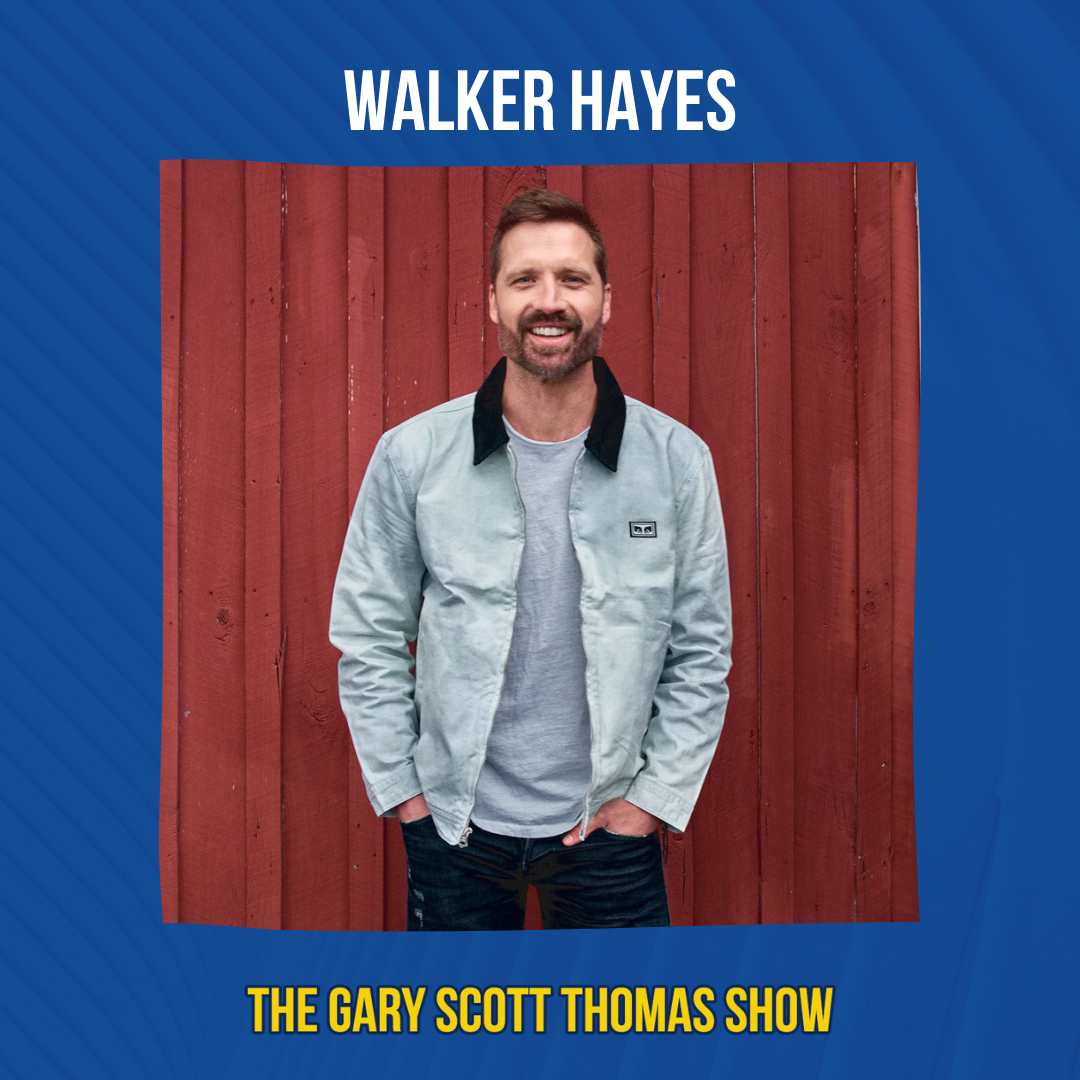 “I had been chewed up and spit out by every label and most publishing companies.” – Walker Hayes

“Literally minutes later, it had just caught that viral train and it hasn’t stopped since, it’s mind-blowing.” – Walker Hayes

“I think our dreams are curses in disguise, I mean, they’re really fun to chase, but they’re also mean.” – Walker Hayes

“If everybody knew me like she did, they would not buy tickets to my show, yet she stays married to me.” – Walker Hayes

Charles Edgar Walker Hayes (born December 27, 1979) is an American pop-country singer. He has charted four singles on Hot Country Songs and has released two albums. Hayes has recorded for both Capitol Records and Monument Records, with his breakthrough chart entry being “You Broke Up with Me,” from his 2017 album Boom, as well his biggest hit, “Fancy Like,” a number one from July 2021 on Billboard‘s Hot Country Songs chart.

Hayes and his wife moved to Nashville in 2005, hoping to get in the country music business. He landed a job writing songs for a Nashville publishing company and then signed a contract with Mercury Records Nashville, though he was quickly dropped and moved to Capitol Records Nashville. In 2010, he released his first single, “Pants”. It debuted at No. 60 on the Hot Country Songs charts dated for the week ending September 18, 2010. Kyle Ward of Roughstock rated the single three-and-a-half stars out of five. Hayes debuted the video for the song in December 2010. Hayes also appeared on an episode of 19 Kids and Counting, singing a song he wrote about Jill and her now-husband, Derick’s, proposal. “Pants” and a second single, “Why Wait for Summer”, both appeared on an album for Capitol Records titled Reason to Rhyme.

Hayes co-wrote and sang guest vocals on “Dirty Side”, a cut from Colt Ford‘s 2014 album Thanks for Listening. He also co-wrote Rodney Atkins‘ late-2014 single “Eat Sleep Love You Repeat”. After losing his contract with Capitol Records, Hayes worked at Costco to support himself.

In 2016, Hayes signed a publishing and production deal with Shane McAnally and SMACK/RareSpark, through which he released two extended plays: 8Tracks Vol. 1 and 8Tracks Vol. 2.This was followed by his first single for Monument Records, “You Broke Up with Me“. It appears on his first Monument album, Boom. It would be his breakthrough hit on the Billboard charts. “Craig” is the album’s second single.

On June 4, 2021, Hayes released the EP Country Stuff. One of its tracks, “Fancy Like,” became a viral hit through TikTok and reached number 20 on the US Billboard Hot 100 and number 1 on the Hot Country Songs chart, becoming Hayes’ highest-charting effort to date. It was subsequently released as his next single to country radio and debuted at number 53 on the Billboard Country Airplay chart. He currently lives in Franklin, Tennessee with his wife, Laney Beville Hayes, and their six children: Lela, Chapel, Baylor, Beckett, Everly, and Loxley. Their seventh child, a fourth daughter Oakleigh Klover died hours after birth on June 6, 2018.

(info from his Wikipedia page) 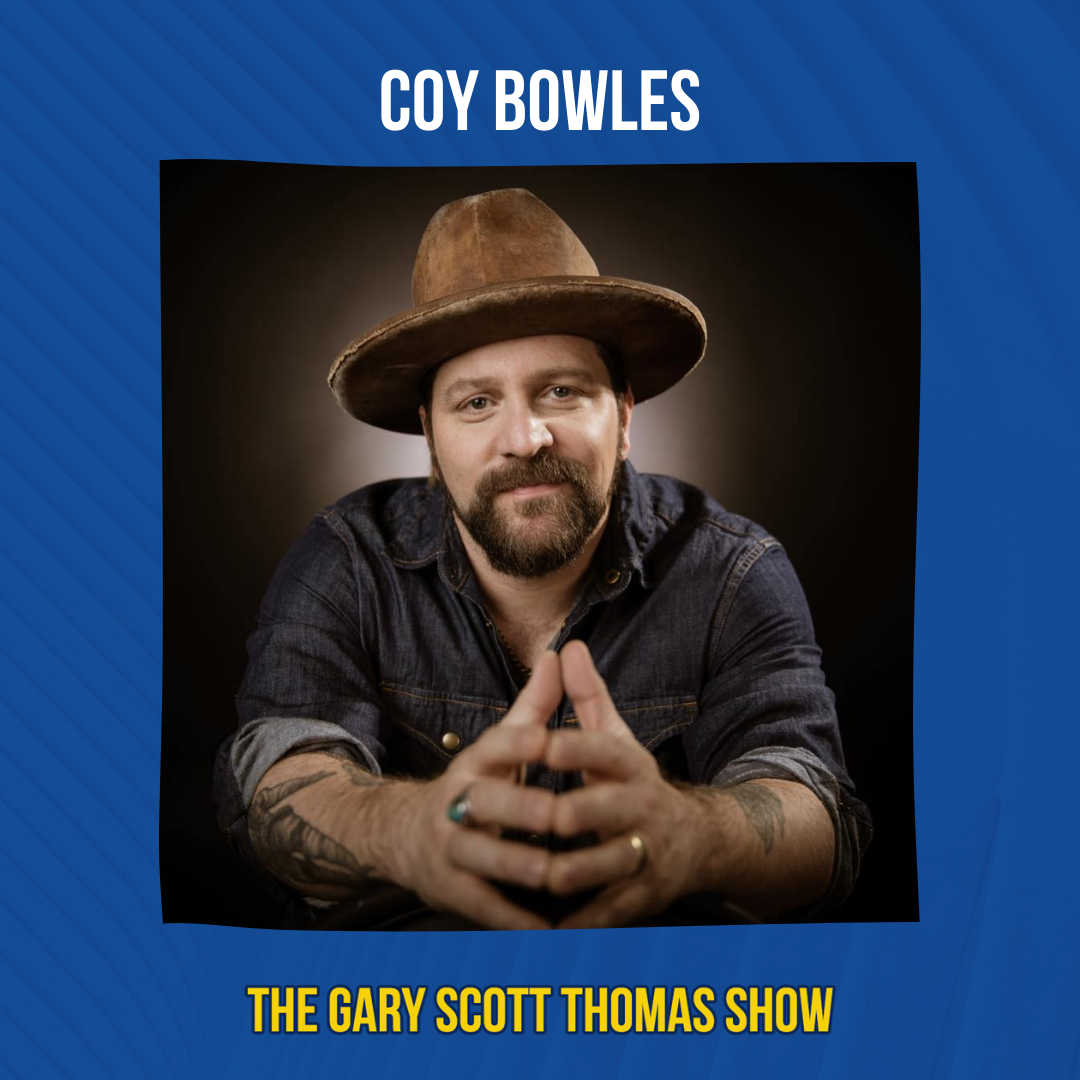